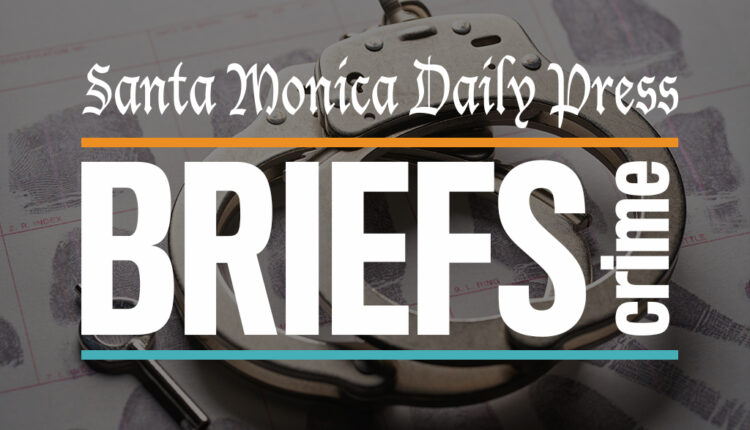 At around 12:35 p.m. on September 10, officials from the Santa Monica Police Department (SMPD) responded to an armed robbery at La Condessa restaurant (1519 Wilshire). Officials were told that a victim was kidnapped by two suspects and driven around the block. One of the suspects was armed with a handgun.

When the officers arrived at the scene, they saw the suspects flee at high speed in another vehicle. The suspect vehicle subsequently crashed at the intersection of 26th Street and Wilshire Blvd. and both suspects fled on foot. SMPD officers quickly set up a perimeter. SMPD coordinated a search with assistance from officers from the Beverley Hills and Santa Monica College Police Departments, along with SMPD K9s and the Drone Team (UAS).

SMPD officials found a suspect, Steve Bryan Brown, a 21-year-old man from Anaheim, along with a 9mm pistol loaded by Smith and Wesson. Brown was taken into custody without incident and subsequently booked for 211 PC – Robbery, 215 (a) PC Carjacking, and 207 (a) PC Kidnapping. The following suspect remains open: Black male, approximately 25-30 years old, 5’9 “-6’0”, 150-185 lbs, dark clothing.

Anyone with additional information about this incident or the pending suspect is strongly encouraged to contact the Criminal Investigation Division at 310-458-8451 or the Santa Monica Department Guard Commander (24 hours) at 310-458-8427.