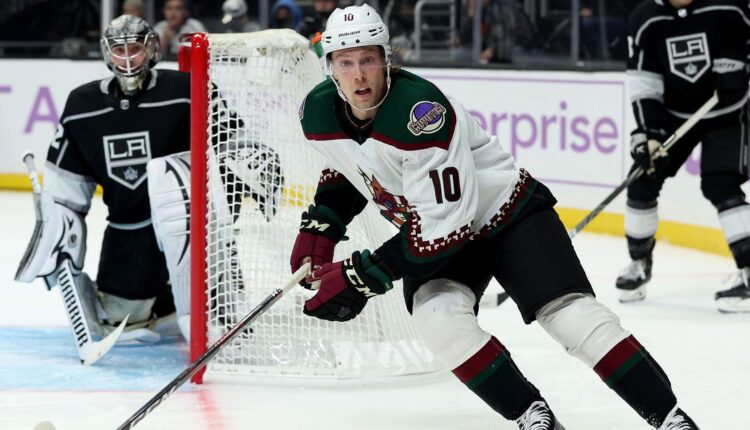 After over a week off, the Arizona Coyotes are back in action tonight, hosting an old rival, the Los Angeles Kings.

Arizona hasn’t played since last Friday when they fell 4-3 to the Tampa Bay Lightning. However, it was surprisingly decent showing against one of the top teams in the NHL, even if the Coyotes couldn’t get another goal to tie things up.

The Coyotes took three penalties against the Lightning, and although Tampa Bay wasn’t able to score with the man advantage, it frequently killed the Coyotes’ momentum. One penalty came two minutes after the Lightning took a two-goal lead, which likely hurt the Coyotes’ comeback chances.

Arizona had only one power play against the Lightning, which came after Brayden Point opened up the scoring in the first period. Unfortunately, the Coyotes have the worst power play in the league, and the Desert Dogs failed to register a shot on goal during the power play.

This season has given us two long breaks for the Coyotes. After the extended Christmas break, the Coyotes had ten days off between playing the Anaheim Ducks and the San Jose Sharks after the extended Christmas break and six days between the Sharks and the Winnipeg Jets. The game against the Sharks was a high-scoring 8-7 loss in the shootout, while the game against the Jets was a low-scoring 3-1 loss. Either way, the Coyotes appear to fall more on the “rusẗ” end of the rest-rust spectrum.

Unlike the Coyotes, the Kings should be warmed up for tonight’s game. They played the Vegas Golden Knights last night, winning 4-3 in overtime, and played the Edmonton Oilers on Tuesday.

The Kings are in a good position this season. Their rebuild seems to be going well, and they seem to be on pace to make the playoffs for the first time since the 2017-18 season.

Los Angeles’ success should seem familiar to long-time fans. Fortunately for Coyotes fans, they aren’t scoring much, Los Angeles is currently 20th in goals scored, but they are top ten in goals against.

Surprisingly enough, the Kings’ special teams are a significant weakness. Given the Kings’ lack of offense, their power play being one of the worst isn’t that surprising, but their penalty kill is just as bad! It’s still better than the Coyotes, but the Kings’ penalty kill is ranked 29th in the league and kills only 74.1% of penalties.

Last night Los Angeles went with Jonathan Quick, making Cal Petersen the likely starter for tonight. Petersen is playing in his fourth season with the Kings, and in 19 games, he has a 2.69 goals-against average and a .900 save percentage. Last season, it looked like Petersen would claim the crease as his own, but he seems to have stumbled a bit this season, and Quick has regained the starting role.

Arizona: Alex Galchenyuk – It took a while for Galchenyuk to get going, but he seems to have finally found his groove. He is still very inconsistent, but all four of his goals this season have been scored in his past five games.

Los Angeles: Adrian Kempe – Kempe had two goals last night and leads the Kings with 21 goals. This is Kempe’s first 20 goal season, and he still has almost half a season left to add to his total.

Tonight’s game will be at Gila River Arena with a 7:00 pm start time. The game will air on Bally Sports Arizona Plus and 620 AM.