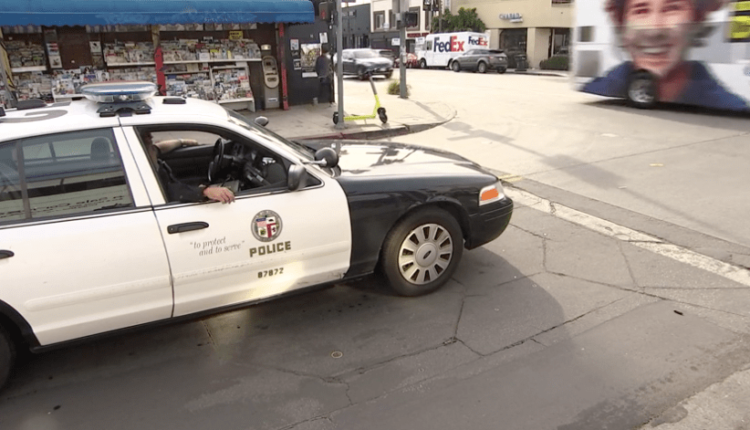 An anti-Semitic poster has appeared in the Fairfax District after several others. The poster has been removed, but the message of hate remains.

“We’re frustrated,” said Rabbi Yossi Eilfort, who heads the security police that patrol the area and first spotted the poster with the letters “a” and “v” to create the Star of David with the words “Anti-Vaxxer”. “It comes in waves and the wave is definitely higher now than it was.”

Master says the sheriff’s department is aware of this, even though none of the posters turned up. The poster had a phone number that went to the West Hollywood Abbey. The abbey says they have been inundated with phone calls warning them about the poster.

“It is deeply troubling to hear about these posters,” said Lauren Meister, West Hollywood Mayoress. “I don’t understand and I don’t understand how you can compare it to National Socialism and what happened in the Holocaust.”

“Crime has become bolder in general,” said Eilfort. “I think people can feel that.”

Another poster was removed from an electrical box in front of Cedars-Sinai Hospital. Images were removed from view, but they still caused anger in the minds that saw them.

“Anti-Semitism is nothing new,” said Eilfort. “If you look at Jewish history, it has been around as long as we have.”