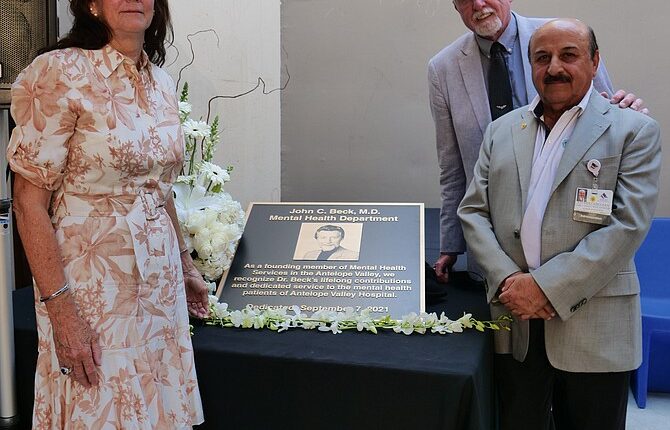 The inauguration took place at a ceremony where Beck’s family, AVH leadership, and local dignitaries highlighted his contribution to the community.

The mental health department, which has been in existence for 50 years, consists of psychologists, psychiatrists, nurses, therapists, mental health technicians, and licensed clinical social workers.

“Since 1971, the mental health department has grown to 30 beds, 35 professionals and seven doctors to serve this vulnerable population,” said Edward Mirzabegian, executive director of AVH, in a statement. “Thousands of patients have been brought to life here in Antelope Valley because of Dr. Beck seen for this (psychological) department. “

The ceremony took place on Beck’s 87th birthday. He died earlier this year.

Ocean warning extends for swimmers and surfers in Santa Monica