Another senator places a ‘hold’ on Garcetti’s nomination 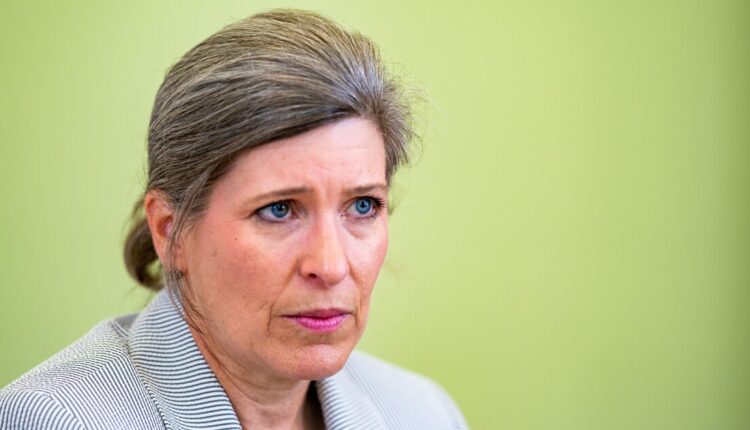 Another Republican senator has acted to slow down Los Angeles Mayor Eric Garcetti’s confirmation to become US ambassador to India.

Sen. Joni Ernst (R-Iowa) said this week that she has placed a “hold” on Garcetti, indicating that she would not allow the Senate to move quickly on confirming his nomination.

Ernst joins Sen. Chuck Grassley (R-Iowa), who also put a hold earlier this month on Garcetti’s nomination. Grassley’s office is investigating allegations that the mayor ignored sexual harassment in his office. Grassley has said in a statement that whistleblowers have spoken with his office and are presenting new allegations.

Garcetti has denied knowing of any alleged harassment by his former advisor. A Los Angeles Police Department officer who worked on the mayor’s security detail sued the city in 2020, alleging that Garcetti’s longtime advisor harassed him and that the mayor witnessed the behavior but failed to intervene. The advisor denies harassing anyone.

“There is a whistleblower case out there that’s very concerning to me. This is an issue that’s important to me,” Ernst, who has spoken about being a survivor of sexual assault, said in a brief interview with The Times Thursday in the Capitol.

“The allegations are that there was sexual harassment, something going on in that office and that he didn’t do anything to address it. That’s concerning, especially when all of us just passed the Violence Against Women Act,” Ernst said.

The Senate earlier this month renewed the law known as VAWA, a bill designed to combat violence against women, by increasing penalties for domestic abusers and providing resources to victims.

Naomi Seligman, a former Garcetti staffer who has tested that Garcetti witnessed his advisor’s alleged harassing behavior, has been briefing Senate offices on what she saw, Axios reported.

Garcetti traveled last week to Washington, where it is presumed he sought meetings to bolster his nomination after Grassley announced his hold.

In an interview with The Times before he left for Washington, Garcetti blamed “politics.”

Asked if he meant a Republican-led plan to block him, Garcetti said, “I don’t know. Everybody said, and they gave me that advice, they said, ‘Just know at the end that political things can happen. So be ready.’”

Smith reports from Los Angeles and Haberkorn from Washington.