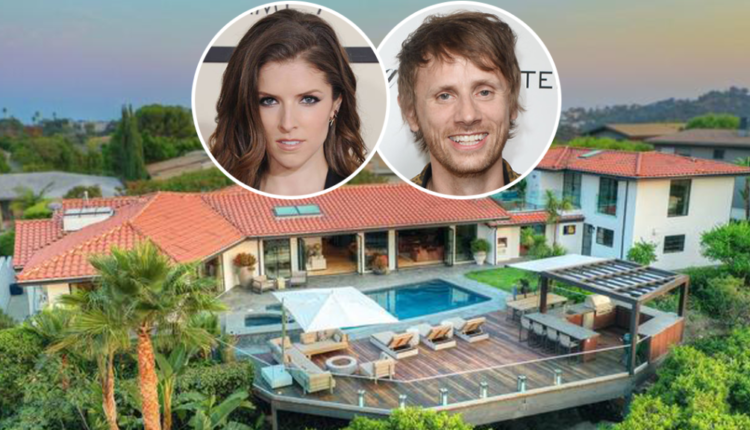 With Emmy, Tony, SAG and Academy Award nominations already under her belt, life has been a nonstop whirlwind for Anna Kendrick. Yet the perennially busy actress (“Pitch Perfect,” “Twilight,” “Up in the Air,” “Into the Woods”), 36, has somehow found enough career downtime to focus on real estate, splashing out nearly $7 million for a lavish home near the pinnacle of the hills that soar high above Los Angeles.

Nestled near the end of a secluded cul-de-sac that’s actually an offshoot of another secluded cul-de-sac, the new Kendrick estate is remarkably private. Yet it still boasts thrilling, unobstructed views of city lights that dot the San Fernando Valley. And the property also sports an impressive celebrity pedigree — way back in 2008, it was acquired by fellow actress Mila Kunis. Six years later, just prior to her marriage to Ashton Kutcher, Kunis sold the Hollywood Hills bachelorette pad to a non-famous man who flipped it just three months later to Dominic Howard, the longtime drummer of acclaimed English rock band Muse.

During Howard’s seven years of ownership, he renovated and expanded the house, enlisting New York and LA-based architectural design firm Studio Tim Campbell to assist with the project, before putting the place up for grabs with a $7.7 million list price. Several months and no takers later, the ask was slashed to $7 million; Soon thereafter, Kendrick stepped up to the home plate and all was well.

Because this is the Hollywood Hills, Kendrick has lots of industry-famous new neighbors. Some of the folks within sugar-borrowing distance include the Red Hot Chili Peppers’ John Frusciante, who owns two spicy side-by-side homes, and Swedish pop star Tove Lo, whose own residential Shangri-La was once owned by Danny McBride.