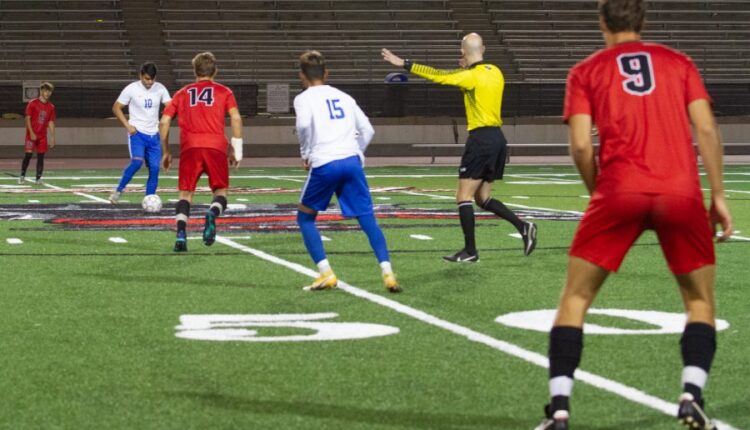 In the first half, the City College men’s soccer team felt like a ketchup bottle, but when the goals started pouring in, the scorers’ list turned red.

Jake Dunn scored his second goal of the season late as City College went undefeated at home. The Vaqueros remain in close proximity to the two teams tied for leadership of the conference, Oxnard College and LA Mission College, with five regular season games remaining.

“It was crucial that they came back in the last 45 minutes. I said to them, ‘That could run your season, whatever happens, so you have to give it your all,’ “said head coach John Sisterson.

City College bounced back from the 1-0 halftime deficit by establishing possession early in the second half. The increased pressure paid off when striker Demirkol ricocheted off second defender Sam Pinto in the 50th minute for his sixth goal of the season in the 50th minute.

Eight minutes later, the Vaqueros took the lead when midfielder Dunn passed the ball towards Muns in the middle of the penalty area. The sophomore striker took advantage of miscommunication on the defensive by playing a shot from the back of a defender behind the Corsairs goalkeeper for his team and the WSC North’s tenth goal.

Zarate ended the dynamic dozen minutes of play for City College by beating his defender to the near post and turning Tanner Stevenson’s corner kick forward in the top corner of the net for his third goal.

“I thought they played very well in the second half, were competitive and did what we asked of them. I thought we scored some great goals, ”said Sisterson.

Three of the vaqueros’ remaining games will be played at La Playa Stadium, with both Oxnard and LA Mission among the visitors.

“We’re going one game at a time and we’re excited to have two home games in a row next, so we’re looking forward to two wins,” said Zarate.