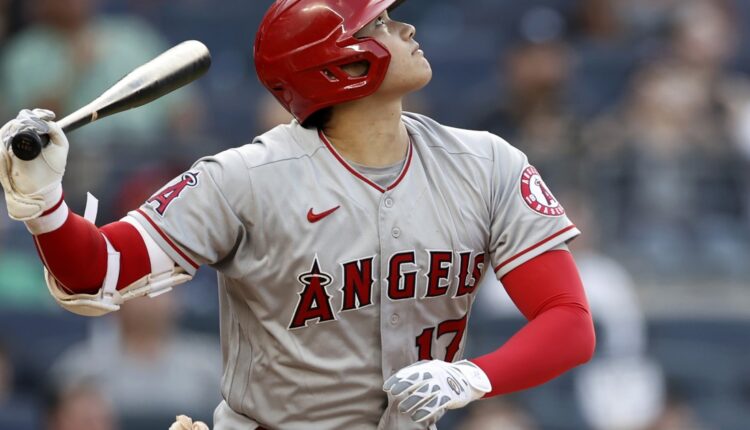 Angels stars Shohei Ohtani and Mike Trout were named All-Stars on Thursday and were voted the starters of the American League team by fans.

Ohtani will be the designated starter. Trout was chosen as one of three outfielders but is unlikely to be able to compete at Coors Field in Denver on July 13 as he continues to recover from a Grade 2 strain on his right calf.

It is Ohtani’s first career pick for the All-Star Team, and Trouts ninth. It is the first time since 2003 that the Angels have chosen two players as starters in the fan vote.

The Dodgers had five position players named finalists to start for the National League, but none got enough votes in the second phase of the election.

Ohtani, who leads the majors with 28 homers and has an ERA of 3.60 as a pitcher, beat Yordan Alvarez of the Houston Astros and JD Martinez of the Boston Red Sox.

The big question now: will the two-way star also play in the game?

Angels manager Joe Maddon reiterated his support for the opportunity on Thursday, saying he was “all for” Ohtani, who will also be taking part in the Home Run Derby on July 12 and playing both ways at the Midsummer Classic.

“Of course he’d only hit an inning and he might get hit on the bat,” Maddon said, adding, “Let him hit and hit. People want to see that. “

Maddon noted that the league would likely need to make an exception to the rules in order for Ohtani to do both, since the All-Star game is played with a designated hitter. The American League team is managed by Kevin Cash, skipper of the Tampa Bay Rays.

Maddon, who has directed two All-Star games, noted that playing Ohtani both ways could be an easier decision as the event no longer determines home advantage in the World Series.

“This game wouldn’t count, it’s an exhibition,” said Maddon. “So for me I would just open it.”

Trout became the first player since Alex Rodriguez in 2008 to receive starting honors through fan voting in eight consecutive All-Star games. Before getting injured on May 17, Trout hit .333 with eight home runs and 18 RBIs.