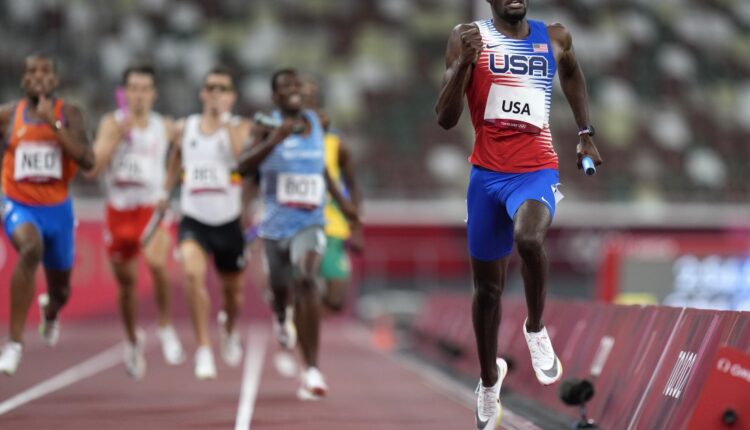 The United States track and field team waited for the finals at the Olympic Stadium to win their first gold medal in a running competition.

The US men’s team started with just one gold medal on Saturday: Ryan Crouser’s second gold medal in a row in the shot put.

But they hadn’t won a single gold medal in a running competition. So the pressure was on the American men to win an event they dominated.

Cherry walked away and emerged behind other runners as he passed Norman. Norman, who was hidden in the 400m final, made up ground and gave Deadmon the lead. Deadmon extended the lead and Benjamin drove to victory.

Benjamin’s determination for the gold medal was an appropriate reward after running a time faster than the world record in the 400 meter hurdles – only to end up behind Karsten Warholm from Norway, who had set a new world record.