Alyson Hannigan lists contemporary masterpiece that featured in ‘This Is Us’ 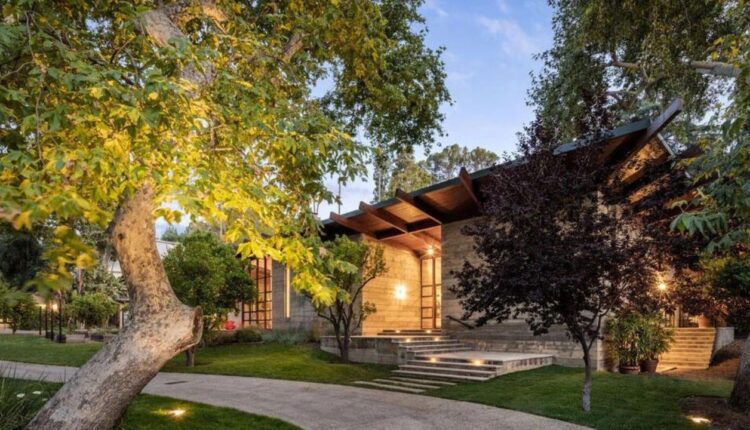 How I Met Your Mother star Alyson Hannigan stands to make a whopping US$10 million profit for her modern San Fernando Valley estate after listing the five-bedroom, eight-bathroom mansion just six years after buying it.

The former Buffy the Vampire Slayer actress bought the stunning contemporary home for US$8 million in late 2016 and has now listed it for US$18 million according to Dirt.

Located in the community of Encino, the striking residence was rented out by Hannigan to This Is Us director, and the home featured in the sixth and final season of the show as the dream home Kevin Pearson built for his mum.

Built in 2001, the concrete, wood and glass home was designed by architect Peter Tolkin and sits on a gated hillside block of land spanning three acres.

Hannigan and her actor husband Alexis Denisof, who also starred in Buffy, customized the property with skylights. They also upgraded the grounds and gardens, which are dotted with sycamore, fruit and mature oak trees.

The main house features 603sqm of living space, including a fireside great room, formal dining room and a media room.

A spacious family room connects to the gourmet kitchen, which features an island bench, stainless appliances and an adjacent breakfast nook.

Also on offer is a sumptuous master retreat boasting a separate office or den, and luxurious bathroom equipped with a steel soaking tub and two-person shower.

Fixtures and finishes are of the highest order and include soaring ceilings with exposed beams, poured-concrete walls, limestone floors, designer light fixtures, and warm wood accents.

Walls of glass flood the home with natural light and create a seamless transition between indoors and outdoors where you will find a series of pavilions opening to a central courtyard holding a pool and spa.

The main house has three bedrooms and there is also a single-bedroom guesthouse with its own kitchen, art studio or gym, and a full bathroom and office attached to a three-car garage with an upstairs bedroom.

Lush gardens and a lighted tennis court with a viewing platform finish the estate.