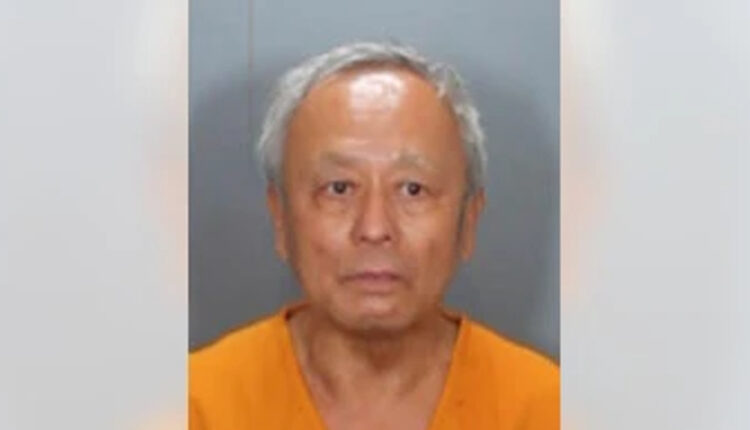 Seven volumes of handwritten notes apparently sent by a man accused of fatally shooting a doctor and injuring five people at a Taiwanese church in Laguna Woods landed in the mail of a Chinese-language newspaper office in Los Angeles this week.

Maxwell Lin, a West Covina lawyer representing the World Journal, said late Wednesday the papers appeared to be in diary form, photocopied and written in Chinese. Some pages were loose. Others were bound by black clips, Lin said.

They arrived at the paper’s office late Monday in a box with the daily mail and were given to him late Tuesday. The mailing label was marked from “David Chou” with a Las Vegas return address.

Accused shooter David Wenwei Chou is from Las Vegas and remains in custody on a capital murder charge in the shooting Sunday at the Geneva Presbyterian Church, which also houses a Taiwanese church.

Lin said he has custody of the papers and will share with law enforcement upon presentation of a subpoena. So far, police have not contacted him, he said.

“We have no intention of withholding anything,” Lin said.

Carrie Braun, spokesperson for the Orange County Sheriff’s Department, said the agency is aware of the documents, but would not comment further.

Lin could not confirm media reports that the papers were entitled, “Diary of an Independence-Destroying Angel.”

“The document will speak for itself, but how you call it is subject to a reporter’s interpretation,” Lin said.

He had not fully read the lengthy document and did not believe that the newspaper had either.

“Time will tell how important (the papers are),” Lin said.

Law enforcement officials continue to investigate the motive for the shooting and how the shooter chose the specific time and place for the attack.

Orange County Sheriff Don Barnes said on Monday that Chou was driven by his hatred of Taiwan.

Chou reportedly expressed that hatred recently to his roommate, The Associated Press reported.

Chou said he felt the Taiwanese government was corrupt and disliked how people on the island were sympathetic to the leadership, Jordin Davis of Las Vegas told The Associated Press.

“He made himself seem like he was basically a political refugee,” Davis said.

Chou, a US citizen who worked for years as a security guard, moved into a four-bedroom home in Las Vegas in February. Davis, his roommate, said Chou often shared his food, usually chicken dishes, and kept to a routine: “come home, go to sleep, take a shower, go to work and just repeat.”

The two had few conversations beyond small talk or chatting about Davis’ dog, Zeus, Davis said. Their talk about Taiwan less than two weeks ago was the only time the two discussed the topic, he said.

Chou never talked about religion but identified himself as a Christian and made a cross in black tape on the roof of his car, Davis added.

The Associated Press contributed to this article.