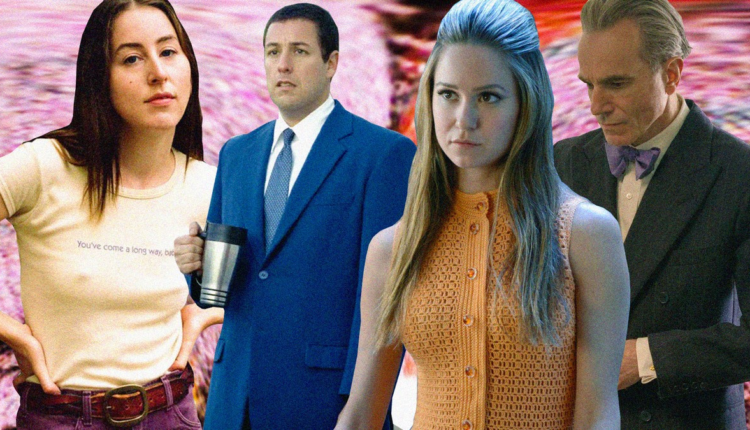 In the 1990s, Paul Thomas Anderson established himself as one of the most innovative filmmakers in the history of the medium. Inspired by New Hollywood, the filmmaker emerged as a sort of younger, more stylish Martin Scorsese with an uncanny talent for intimate visual storytelling. His first and second feature films, Hard Eight (1996) and Boogie Nights (1997), distinguished the filmmaker for his understanding of cinema as an art form – bold cinematography, innovative imagery and meticulous composition are hallmarks of PTA – as is his Appreciation of human nature and shared experiences.

A classic Paul Thomas Anderson joint is often a sprawling story that places idiosyncratic characters in unconventional situations; Through thoughtful writing and complex themes, a worldly cynicism takes shape alongside a cautious optimism that challenges both the performers chosen to take part and the audience watching them. He also has the reach, despite what his critics may say. Take There Will Be Blood, for example – a chaotic time epic rooted in capitalism and religion – and juxtapose it with an offbeat romantic comedy like 2002’s Punch Drunk-Love or even Phantom Thread (depending on your personal feelings too Munchausen’s by Proxy). He’s got the range!

Over the years, Anderson’s technical filmmaking and storytelling skills have evolved like those of other filmmakers. Some experiments were a success, others… not so much. All of Paul Thomas Anderson’s films are listed here, bearing in mind that even his worst films are objectively among the best films ever made. i love you king

On paper, the composite elements of Inherent Vice point to a Paul Thomas Anderson masterpiece: The film, based on the 2009 novel of the same name, is a neo-noir set in ’70s Los Angeles (PTA’s all-time favorite period and – backdrop). Featuring a killer cast: Joaquin Phoenix plays hippie PI Doc Sportello alongside a cast of frequent and new collaborators including Josh Brolin, Owen Wilson, Eric Roberts, Benicio del Toro, Reese Witherspoon, Joanna Newsom, Michael K. Williams and Martin Short. Unfortunately it is not a masterpiece.

Ultimately, while the film is intriguingly challenging, it’s just a little bit disjointed. I’m sorry, I’m tearing off the band-aid. While Anderson may sound appealing in his weirdest form, Inherent Vice just doesn’t play to his strengths as well as his other films, placing him near the bottom of this list. They can’t all be winners!

Okay, controversial, I know! Licorice Pizza is a sweet, offbeat coming-of-age story set in an early 1970’s San Fernando Valley. There we meet Alana Kane, a headstrong twenty-something who resists the idea of ​​growing up as tough as possible. The events of the film begin when Alana unexpectedly agrees to a “date” with Gary Valentine, a 15-year-old child actor and shockingly successful businessman who is acting well beyond his years, and the two form an intense friendship fueled by one inexplicable mutual attraction.

Though charming and featuring unexpectedly standout performances from newcomers Alana Haim and Cooper Hoffman, the film just isn’t PTA’s strongest – LP’s odd anthological structure often feels clunky and contains some questionable content, including a racist character whose presence isn’t is justified by the weak satire it brings to the story. The narrative and characters don’t carry the same emotional weight as his previous films, although they are compelling in their own right.

In terms of visual style, Paul Thomas Anderson’s directorial debut is almost unrecognizable in relation to the filmmaker he is today. But despite its flaws, Hard Eight established the kind of stories PTA would tell throughout its filmography.

Starring John C. Reilly as a young gambler in Reno and Philip Baker Hall as his mentor, the film is a character study of two men and the complex relationship between them – one that reflects a sort of father-son dynamic. PTA chooses to keep its characters’ intentions and backgrounds obscure, increasing the suspense and allowing them to unfold in a drip-feed narrative as the film progresses.

Last but not least, PTA’s famously eccentric romantic comedy served the reputation of (deserved) celebrity in a very special way – it served as a showcase for Adam Sandler’s natural acting skills. No longer just the guy who ran silly, raunchy comedies like “Happy Gilmore” and “Billy Madison,” Sandler’s performance as Barry Egan, a lonely male child struggling with social anxiety, showed his depth as both a comedic and dramatic actor.

Punch-Drunk Love has a smaller cast, shorter running time, and a clearer focus than Anderson’s earlier work. There’s less energy and more focus on the main characters and their connection. His camera is more stable, his lighting more focused. Punch-Drunk Love is by no means PTA’s best or most popular film, but it is the bridge between his Scorsese-influenced earlier filmography and his quieter, more emotional work moving forward.

In 1950—an era PTA is exploring for the first time—Freddie Quell (Joaquin Phoenix) is a traumatized World War II veteran living in a religious cult led by Lancaster Dodd (one of several excellent collaborations with Philip Seymour Hoffman ) finds a home ). While There Will Be Blood and Boogie Nights explore American excess and greed, The Master is a challenging but fundamentally more upbeat film that explores the innate human desire to find one’s place in the world, as well as purpose and purpose Conflict that comes with it explores if you think you’ve found it but are still not satisfied. The film has all of PTA’s signature elements: active cinematography, meticulously framed shots, powerful performances, and intricate relationship dynamics that propel its plot.

As time goes by, I’m less convinced that Tom Cruise starred in Magnolia. The sprawling, fearless philosophical melodrama is Anderson’s most ambitious film to date. Back and forth between the lives of different, seemingly unrelated characters on the same desperate day in the San Fernando Valley.

From script to screen, Magnolia is arguably the PTA’s most stylish film. The potent cast, with the best performances of his career from Cruise and Julianne Moore, and its existential themes – forgiveness, neglect and the pursuit of happiness – just make it weird enough to work.

PTA had never made a movie like There Will Be Blood, and it probably never will again. A gripping mediation about the predatory capitalism behind the American Dream, the film combines PTA’s sharp but subtle storytelling style with frantic, high-energy imagery reminiscent of previous films.

Barren western landscapes are consistently juxtaposed with indulgence and violence; Protagonist Daniel Plainview’s iconic but sinister monologues made There Will Be Blood an instant classic and a notable cinematic achievement. From the script to the cinematography to the terribly haunting score (starring Jonny Greenwood). PTA didn’t need Daniel Day-Lewis for “There Will Be Blood” to work, and Daniel Day-Lewis certainly didn’t need PTA to guide him in this Oscar-winning performance. But the two maestros matched in their respective crafts to elevate and elevate the film to one of the greatest motion pictures of all time.

Boogie Nights is everything at once. PTA’s second landmark feature film is a vigorous but low-key take on the adult industry of the late ’70s San Fernando Valley. It’s a comedy, it’s a drama, it’s an ensemble cast, it’s a starring performance by the well-known lunatic, Mark Wahlberg. It’s a celebration of excess and a scathing critique of it. Boogie Nights is the perfect example of how much PTA can do and how effective it is.

Boogie Nights is Wahlberg’s most extraordinary performance to date, and almost certainly always will be. Unless there’s a cursed sequel in the works. In the age of soulless reboots, we won’t rule it out.

Every successful filmmaker is intuitive. They know how best to frame a shot that builds into an intricate but clear narrative or conveys the sharp outlines of a character’s inner workings. The film bears almost none of Paul Thomas Anderson’s trademarks: there are no epic long shots, nothing like the insane camera movements of his early filmography, no star-studded cast. Rather, Phantom Thread is his smartest film because it’s PTA at its most understated.

In Phantom Thread, Anderson’s superior technical ability meets his deep understanding of people and complex relationships. PTA knew he couldn’t tell the story of Phantom Thread — in which fashion designer Reynolds Woodcock (Daniel Day-Lewis) and his muse Alma (Vicky Krieps) engage in a literally toxic romantic relationship — the way he told Boogie Nights , Magnolia or There Will be Blood. PTA sacrifices its risqué aesthetic to tell its twisted story, infusing the camera with a remarkable stillness. There’s a stillness in Phantom Thread that sets it apart not only from PTA’s own filmography, but from cinema as a whole.