Alex Prager on Returning to Portraiture for a New Series – ARTnews.com 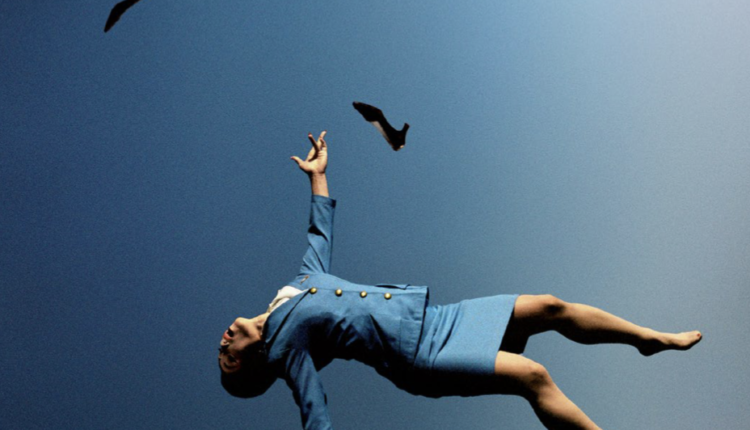 Last year artist Alex Prager walked up the Santa Monica Mountains in a state of contemplation. History was on their side: Countless artists had retreated to nature in search of cosmic purpose or self-realization and returned with a good story. And by then it had been almost two years since a pandemic was partially spread by touch, so it couldn’t be lonelier at the top.

Over the course of two decades, the Los Angeles-based artist has developed a distinctive aesthetic in the course of several photographic works: meticulously constructed painting; rushing crowds in blown out colors; and women whose subtle anachronisms of style suggest they have fallen out of time. Sometimes a slender character is singled out, floating around in melodrama.

For her latest project, she eschewed excess while retaining the uncanny. Dreamy characters, such as a cowboy and a cherub, star in reduced portraits at the top of the mountain. Emotions turn from exuberance to fear. Against a bright blue sky, the cowboy falls to his knees with a scream, and the angel, clad only in white socks and earrings, leaps into the air. Everyone is alone and in emotional and literal free fall—A smartly dressed woman falls from the sky in one image.

The show, titled Part One: The Mountain, is now available for its first London performance at the Lehmann Maupin (until March 5th). The second part is an upcoming film inspired by the portraits. Below, the artist talks about her return to portraiture.

Tell me about the start of the project.

This is the first time I’ve been interested in returning to photography in such a direct way, having not used portraiture since the beginning of my career. For the past few years, I’ve been so ingrained in making movies or writing screenplays. The idea of ​​going back to where I started felt really confusing, but the desire wouldn’t go away. It’s the best way to examine individuals to really get a better understanding of each other. So I returned to two important portrait works, Small businesses [by Irving Penn], and Hans Eikelbooms 21st century people. This idea of ​​a community experience attracted me even then and the two of them really caught fire in me.

Can you explain what the Santa Monica Mountains mean to you?

I felt so connected to this mountain that I couldn’t get the idea of ​​climbing it out of my head. The mountain itself is such a charged image with so many different meanings, both historical and symbolic. In Greek mythology there is an archetype of reaching the top of a mountain to realize a wild, Dionysian self. And it makes sense: Here you are closest to God. From this high point you survey your whole life. It felt like the right place for this story.

I felt an intense separation—I’m sure you felt it too—from our family and friends. People are very disconnected – they haven’t been in physical contact. There were many different ideas about how to move forward and less understanding of each other. To be honest, I tried to understand people again through it. That’s what portraits really do: focus on the people. They connect us to ideas about ourselves.

Sure, everyone was so oppressed. Liberation is cathartic.

What happens to all those emotions when they’re suppressed? We must go up a mountain and scream as loud as we can. I actually did, although I didn’t realize until I got there how scary or lonely it would be. There really isn’t much development in the Santa Monica Mountain Range. The other day I took my four-year-old son on a hike and suddenly we came to this place where the mountains had cast an incredible shadow. We felt the air drop 15 degrees and I realized how vulnerable we were to the elements or to animals, mountain lions, snakes, everything. But it was a good experience. There’s a core part of me that had to seek it out. For me there was an urge to depict a spiritual awakening, which sounds intense, but we are in an intense time. I wanted to explore something and end up on the other side. It was a positive result to be sure.

Who are these characters? What’s her story?

I started with characters I’ve always been drawn to, but this time I wanted them to be symbolic. I think about Small businesses, which was an epic work, and I can’t say it’s even close, but it’s inspired by the same idea of ​​democratizing people. I want to put us on an understandable flat level.

I always use a mix of family, friends, stuntmen and people I find on the street. I get to know them all personally. Here I collaborated with Arianne Phillips, a costume designer, to put together outfits that feel timeless. I didn’t want them to feel like they were pulled from the distant past—more as if they belonged in a more recent memory. Something I’ve learned from being so detailed and having an almost annoying level of control is that the more detailed I am, the more universal the image appears.

I usually do an exhibition every two years and I thought at first that for this work I would travel across the United States and do portraits. We started pre-production with that concept – it’s actually something I worked with early in my career America hotel. But it didn’t feel right. We had been through two years of hell, it was so intense and I was filled with inner turmoil. Once I started to understand that, it all fell into place very quickly. But it’s definitely not done yet. I have a long way to go.

The Foo Fighters are cutting a new album in “Studio 666”