After bashing the play-in, LeBron James and the Los Angeles Lakers must embrace it 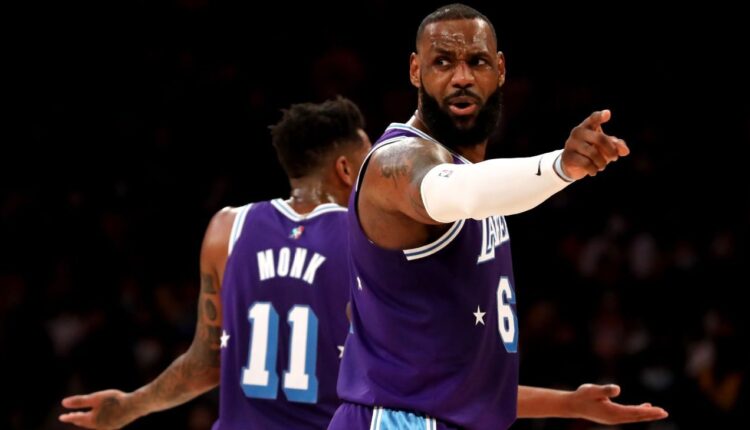 Has the NBA’s play-in tournament worked to the Los Angeles Lakers’ favor as it enters its second season of existence?

Last year, LeBron James famously said of the play-in tournament, “Whoever came up with that s— needs to be fired.” That came when the Lakers needed to play an extra game, beating the Golden State Warriors to advance to the playoffs as the seventh seed in 2021.

As ESPN’s Zach Lowe has noted, the situation has flipped this year. The Lakers, now 4½ games back of the LA Clippers for eighth in the West, have a much better chance of reaching the playoffs through the play-in tournament than if it did not exist. With that in mind, this week’s mailbag takes a look at what the play-in has meant for the Lakers.

Throughout the NBA season, I answer your questions about the latest, most interesting topics in basketball. You can tweet me directly at @kpelton, tweet your questions using the hashtag #peltonmailbag or email them to [email protected]

In addition to the main question, this week’s mailbag also answers your questions about players peaking in their very first NBA games and which star tends to sit out fourth quarters of blowout wins most frequently.

“Does LeBron have to issue a public apology and praise the play-in tournament?” — Zach

To me, this is a two-pronged question: How much did the play-in tournament jeopardize the Lakers’ playoff chances last year, and how much will it help now?