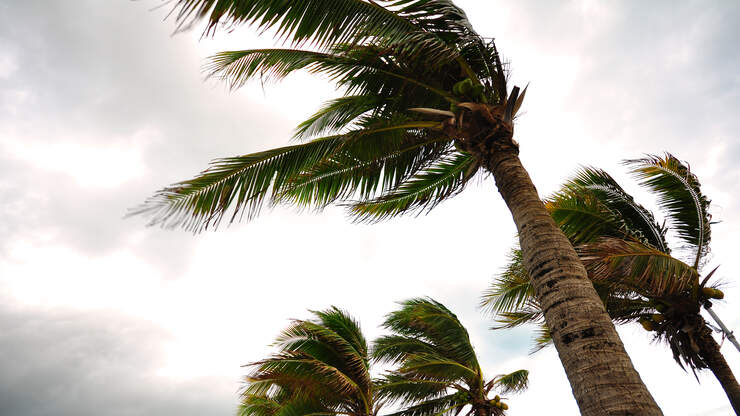 LOS ANGELES (CNS) — After a lull of just a few hours, strong Santa Ana winds should return to parts of the Southlands tonight and into the weekend, the National Weather Service said.

While a round of wind warnings expired Thursday noon, the weather service quickly released a new round that began at 10 p.m. Thursday and gradually expanded into the LA area overnight.

Wind speeds of between 20 and 40mph were expected, with gusts of up to 55 depending on location.

— the Los Angeles County Mountains, excluding the Santa Monica Range, from 10:00 p.m. Thursday to 2:00 p.m. Saturday. Northeasterly winds of 25 to 40mph with gusts up to 55 were in the forecast – after a stricter strong wind warning that expired on Thursday

— and the LA County coast and downtown LA, from 6 a.m. Friday to 2 p.m. Saturday, with winds of 15 to 25 mph and gusts to 35 mph. The strongest winds there were expected from Ventura to the Malibu coast.

In addition, a wind warning for inland areas of Orange County remained in effect through noon Friday, calling for northeasterly winds of 15 to 25 miles per hour with gusts to 45 miles per hour.

The new clues follow a bout of strong Santa Anas that began Wednesday and extended through Thursday — with gusts reaching 60 mph in some areas, including one that surpassed 80 mph on the Magic Mountain Truck Trail on Wednesday morning .

The wind alerts came with warnings that unsecured objects could be blown, tree branches down and some power outages could result.

Additionally, travel could be difficult, particularly for high-profile vehicles, the NWS said.

Forecasters said there was “no precipitation in sight” for the Southland, with temperatures gradually rising throughout the week and reaching the low 80s in some areas early next week.

A Disabled Activist Speaks Out About Feeling ‘Disposable’