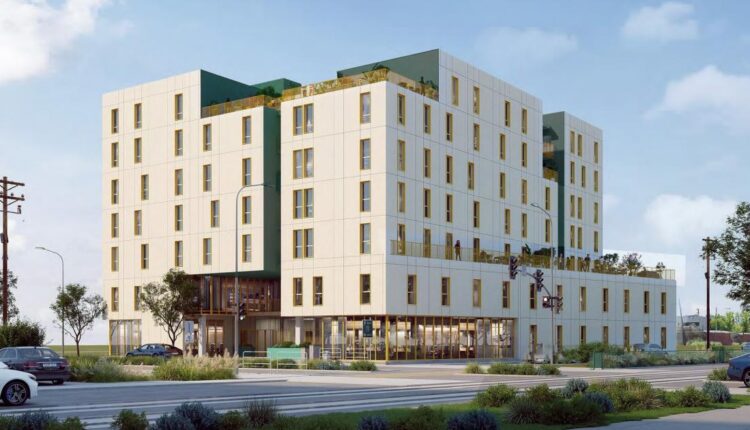 Next week, the Santa Monica Architectural Review Board is scheduled to take its first look at plans from VCHC to raze a series of industrial buildings located at 1624 20th Street to make way for the construction of a new seven-story edifice featuring 78 apartments above subterranean Parking for 26 vehicles. Plans call for a mix of one-, two-, and three-bedroom dwellings ranging from 450 to 900 square feet in size.

Atelier Cory Henry and KFA Architecture are designing the project, which is of a contemporary style, and would have an exterior of aluminum, stucco, and concrete. The apartment complex, planned with an O-shaped footprint, would include amenities such as a community room and a courtyard at the ground level, with additional landscaped spaces at the third floor and rooftop.

The presentation to the Architectural Review Board is for a preliminary review, and no vote is scheduled at this point in time.

The project, which would rise midway between the E Line’s 26th Street/Bergamot and 17th Street/SMC Stations, joins a number of infill housing and office developments planned nearby.

VCHC, the developer, is behind plans for several affordable and supportive housing developments in the Venice community, including a new project which would replace a public parking lot just east of Venice Beach.