According to the LAPD, an 18-month-old boy dies after a car hits pedestrians in a hit-and-run accident in North Hills 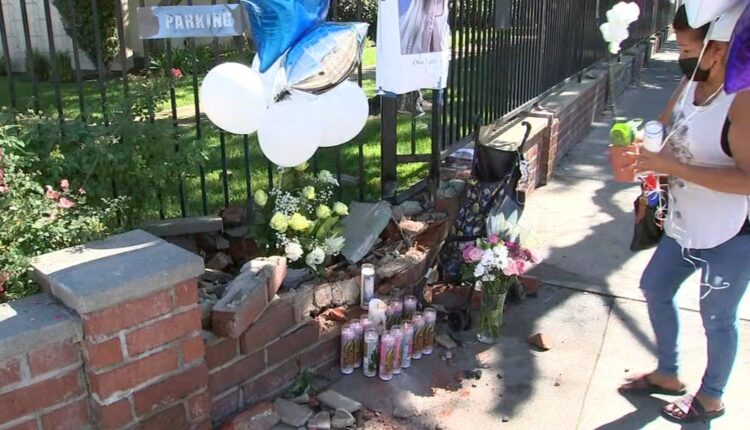 NORTH HILLS, LOS ANGELES (KABC) – An 18-month-old boy died after he and a woman were hit by two cars in a North Hills accident, one of which fled the scene, authorities said. The suffered pedestrian survived with minor injuries.

The collision occurred around 7:30 a.m. in Block 15500 on West Nordhoff Street, the Los Angeles Fire Department said in a statement.

A 2016 Honda CRV was traveling west on Nordhoff and turning left when it collided with the gray Toyota Camry, according to a Los Angeles police spokesman.

The two victims were standing on the southeast corner of the intersection near a food truck when the impact of the crash caused the Honda to jump over the curb, the LAPD said. That vehicle then crashed into the woman and the stroller of the boy carrying the child as the car pushed him against a retaining wall.

The two victims were taken to a hospital where the child was later pronounced dead. They are not related, the authorities said. The boy was with his grandparents at the time of the incident. The grandparents were not injured.

The Toyota driver did not stop after the crash and remained at large, investigators said. A description of the suspect was not available.

The Honda driver will not be charged, the police spokesman said, adding that the Toyota driver is suspected of the hit-and-run crime.