Abcarian: What we’ve learned about ourselves in the pandemic 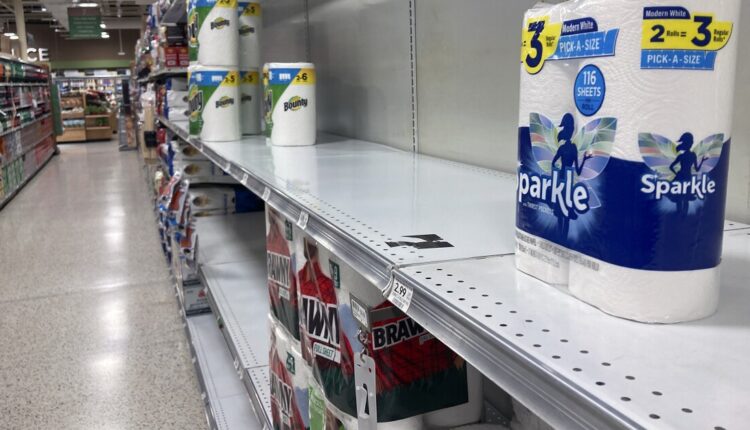 Has it really been two years since life as we knew it came to a screeching halt?

In the third week of March 2020, I stood on a friend’s porch, speculating that “this thing” would probably be over in a month or two.

“I think it’s going to last at least until September,” he said.

Now here we are, despite extraordinary advances in our understanding of the coronavirus and the development of new vaccines to fight it, still battling COVID-19, with no end in sight.

Nearly 1 million Americans have died from COVID-19. Globally, more than 6 million souls have perished because of this vexing virus. Millions upon millions more have been infected, and many have fallen terribly ill, with lasting consequences that have yet to be fully understood. The Pew Research Group recently found that nearly three-quarters of American adults say they know someone who has been hospitalized or died as a result of COVID.

Our worldwide emotional roller-coaster ride has taken us to many highs and lows and given us a new lexicon: “social distancing,” “flatten the curve,” “the Great Resignation,” “pandemic puppies.” It has also taught us that the public spiritedness we naively believed to be an American virtue was nothing more than a myth.

President Trump’s shocking mishandling of the pandemic’s early days, his initial refusal to take it seriously, led to unnecessary death and infection. How many lives might have been saved had he reacted with more urgency? This question will likely be debated for years.

His racist rhetoric about China and the source of the virus unleashed a wave of violence against Asian immigrants and Americans of Asian descent that continues to this day.

During daily televised press conferences, Trump riffed inanely, while public health officials in the background visibly winced. He undermined science at nearly every turn and demonized his own experts, including the nation’s top infectious-disease specialist, Dr. Anthony Fauci, who received death threats.

In the early days, before we understood that the virus was transmitted by airborne particles and droplets, we washed down our groceries with disinfectant. We washed our hands so much our skin chafed. We stopped shaking hands, stopped hugging, stopped kissing.

We were told (briefly) to avoid the ocean, because the virus might be waterborne.

The astonishing, entirely un-American sight of empty grocery shelves taught us that we take our comforts for granted at our peril.

One minute Costco had mountains of toilet paper; the next minute we were studying up on medieval hygiene routines.

One minute we were rushing around the house in clothes with waistbands and zippers, hustling to get the kids to school and make it to the office on time. The next, we were locked inside with the family, dressed in dirty sweats, listening to Ms. Johnson teach fourth grade and wondering why we looked like a cat on Zoom.

A new genre of video blossomed on social media: the pandemic freakout. Anti-mask Americans demanded their right to bare their faces in grocery stores and restaurants, waiting about bogus medical conditions. They accused school boards that imposed mask mandates of child abuse.

This trend reached an absurdly local nadir in Beverly Hills last October, when anti-maskers set upon parents walking their children to school. “They’re trying to rape our children with this poison!” yelled one protester.

Now that Russia has launched its brutal invasion of Ukraine, we are reminded of what true suffering and real sacrifice look like. Perhaps personal-liberty extremists in our midst can calm down about the sensitive things our public health officials have asked of us.

Given ominous images of the 40-mile convoy of Russian tanks that inch toward Kyiv to unleash what is predicted to be a brutal assault on the Ukrainian capital, does anyone really take seriously that convoy of American anti-mandate truckers in Washington, DC? I mean, anyone besides blowhard Republican Sen. Ted Cruz of Texas?

The past two years have not been all bleak. Voters kicked the Trumps out of Washington. The despicable rioters of Jan. 6, 2021, are facing justice.

In many cities, neighbors took to banging pots and pans or playing music each evening to support the legions of healthcare and other essential workers who risked their well-being every day to do their jobs.

In my Venice neighborhood, a bunch of us gathered in the alley once a week to sing. We belted out “That’s Amore,” in honor of the famous, now-shuttered Italian restaurant around the corner. We sang “All You Need Is Love” and “Lean on Me.” Occasionally, we were joined by a couple of Los Angeles police officers on patrol.

My fondest pandemic memory — yes, I have one — was born of the claustrophobia we felt in the early days of lockdown. I was stuck inside with two roomies, my 90-year-old father and my 10-year-old niece. Frankly, my niece was handling the isolation better than my father, who was in the grip of mild dementia and was easily frustrated.

“How long is this going to go on?” he’d complain. “Are they trying to kill me?!”

One sunny afternoon, to relieve the tedium, I decided we should hop in the car and drive north on Pacific Coast Highway. With the wide open ocean on our left, we felt liberated.

Near the Malibu Pier, we pulled into a Jack in the Box.

As a rule, I don’t eat fast food, but wolfing down something greasy and unhealthy seemed like just the right amount of rebellion for the moment.

We ordered the chain’s famous tacos, mystery meat wrapped in a tortilla, deep fried, garnished with lettuce, hot sauce and American cheese. Two for 99 cents. The addictive morsel has been described as “a wet envelope of cat food.”

As we headed back home on PCH, my father took his first bite.

“Wow,” he said. “These are delicious! I can’t believe I’ve lived 90 years and have never had one!”

He died a few months later, of a massive stroke, which I am certain had nothing to do with his continuing consumption of Jack in the Box tacos.