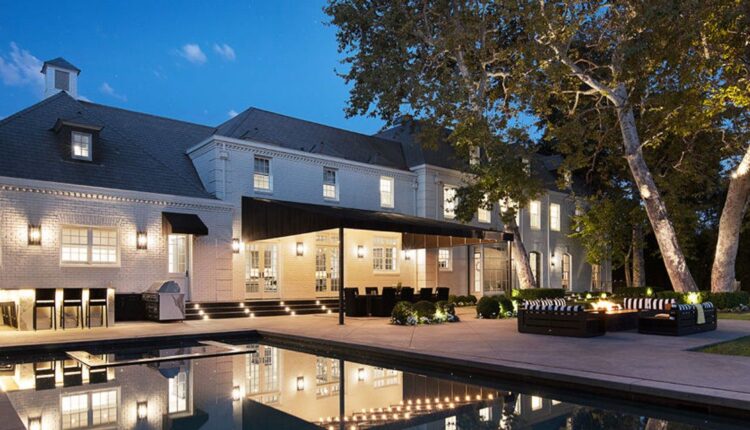 Listing of the Day

This classic 1930s Georgian-style estate with nearly an acre of grounds has been completely restored and updated with modern amenities and a dramatic black-and-white color scheme.

Since 2016, the house on Copa de Oro Road has been owned by actress and entrepreneur Yvonne Niami, whose marriage to producer and developer Nile Niami ended in divorce, according to published reports.

The 11,920-square-foot house has seven bedrooms and 10 full bathrooms.

She worked closely with the architect Richard Manion on the restoration and update, said listing agent Tomer Fridman, of the Fridman Group at Compass. “Yvonne made it more livable, with a more contemporary floor plan.”

More: Bidding to Begin on the Most Expensive House for Sale in the US

“The house has been expanded out, but you would never know it,” he said. “She added a wing, but there is complete continuity between the old and new parts of the house. It’s a really, really impressive house.”

Most importantly, she kept the genre of the house as it is, Mr. Fridman said.

The new William Ohs kitchen opens to the family room, which has sets of French doors that open to the pool and outdoor dining areas.

The second floor holds the primary bedroom suite, which has two bathrooms, and three more en-suite bedrooms with contemporary bathrooms.

The lower level features a guest suite with a kitchenette and a media lounge.

“The yard is almost an acre and it’s all flat lawn now,” Mr. Fridman said. “It’s all open and usable outdoor space.”

The property is quite private, he added.

Amenities include a pool, multiple wood-burning fireplaces, a fire pit, a wet bar, an outdoor kitchen, a three-car garage, Savant smart-home technology, a gated motor court, and a large flat yard with hedges and mature sycamore trees for privacy.

The home is right off Sunset Boulevard, Mr. Fridman said. “It’s a stone’s throw from the Hotel Bel-Air.”

“Bel Air is part of what we call the Platinum Triangle, with Beverly Hills and Holmby Hills,” he said.

The University of California at Los Angeles is also nearby.

Write to listing of the day

This could be the moment to free the U.S. from Russia, Saudi Arabia and all oil barons