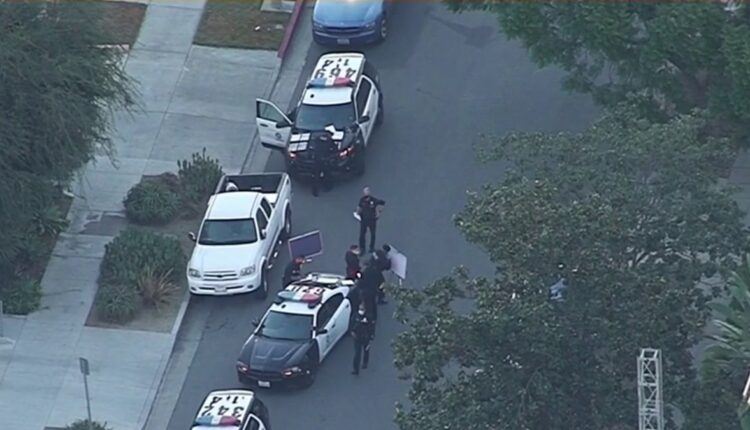 A person injured after a police shootout in the Palms area of ​​Los Angeles on Wednesday has died, authorities said.

The officers were dispatched to the 3600 block on Keystone Avenue at around 5:50 a.m. to report a lethal weapon attack.

The suspect, a grown man in his forties, was there with three family members: two adult women and a 10-year-old child, an LAPD spokesman said at a press conference around 9:30 a.m.

It’s unclear if the suspect lived at the location – a family residence, police said – or if he was just visiting.

The suspect was armed with a meat cleaver and when the police entered the house they heard a fight inside.

Fearing for the safety of the three family members, the officers forced entry, and the shooting took place.

The suspect was shot and injured by police and was taken to a hospital, police said. He later died in the hospital. The meat cleaver was still on site at the time of the press conference.

Officials or family members were not injured. The circumstances of the shooting were investigated. Body camera videos will be released in the future.