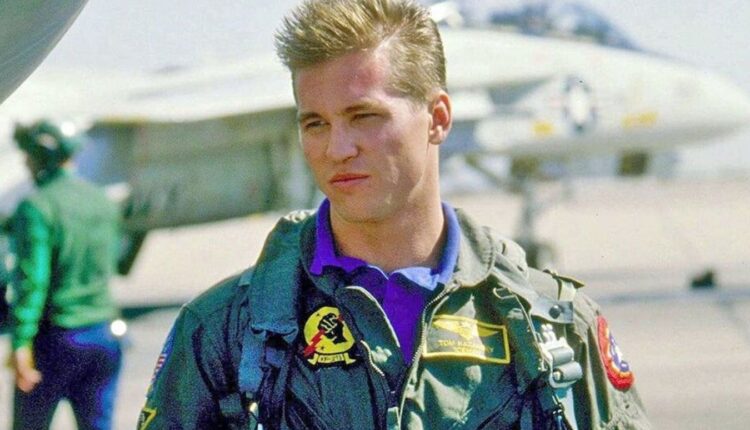 Actor Val Kilmer, popular for his role as Iceman in the original “Top Gun”, has just released an autobiographical documentary called “Val” that reveals a few secrets about this classic film and delves into its career and complicated life.

The film, which is streamed on Amazon Prime Video, also highlights stories about “Tombstone”, “The Doors”, “Batman Forever”, “Heat” and, most scandalously, “The Island of Doctor Moreau”.

Kilmer grew up in a wealthy family in the San Fernando Valley near Los Angeles. His father gave his three sons access to video cameras when they were incredibly expensive, and the kids made their own movies in their home, a ranch formerly owned by Roy Rogers.

When the actor left home, he took his own video camera with him and shot thousands of hours of footage on film sets and in his personal life over the next several decades. This gives filmmakers access to incredible behind-the-scenes footage that we don’t normally get to see.

Kilmer used his cameras to make a casting tape for “Full Metal Jacket” and we see footage of him traveling to London to personally deliver the tape to director Stanley Kubrick. He didn’t get that role, and his tape for Martin Scorsese didn’t get him the role of Henry Hill in Goodfellas, but we see excerpts from both on Val.

A great tragedy hangs over Kilmer’s life. His younger brother Wesley, the talented filmmaker of the family, drowned in the family hot tub during an epileptic seizure. Kilmer picks up on this relationship over and over again in the course of the documentary and it becomes clear how much the memories of his brother have influenced his work.

Kilmer also survived a brutal battle with throat cancer about a decade ago. He now has a breathing tube and has to cover an air hole in order to speak. The voice is incredibly scratchy and can be difficult to understand. If you’ve seen pictures of Kilmer wearing a scarf in the past few years, it’s because he doesn’t want to show his breathing tube in public.

It is well known that Kilmer will appear as Iceman in Top Gun: Maverick. When you know the extent of your health problems, you can hardly imagine what his role will be. We hope the producers came up with a story that honors both the actor and his character.

There are on-camera interviews with Kilmer in the film (which include subtitles to help understand), but there are also Val Kilmer tales throughout the film, played by his son Jack, whose voice sounds remarkably like his father’s.

“Val” begins with Kilmer and Rick Rossovich (Slider) playing around on the set of “Top Gun” in their trailer. and (possibly) making fun of Tom Cruise. It’s not serious and there is no way Maverick should be offended, but it’s funny anyway.

There’s a lot of behind-the-scenes footage from aboard the USS Enterprise, and Top Gun fans will enjoy the previously unseen moments from filmmaking that come with all of the new things we learn about the film in this documentary.

Here are seven things we learned from Kilmer’s documentary on Top Gun.

The boy was a classically trained actor who graduated from Julliard. “I thought the script was silly and didn’t like war-making movies,” admits Kilmer. He was under contract with Paramount so he had no choice.

2. Director Tony Scott changed his mind on the set.

Kilmer found out how fun it can be to work with some real professionals and he loved the experience, thanks in no small part to director Tony Scott. The director’s “colorful vision and energy made the whole experience enjoyable,” reveals Kilmer.

3. Kilmer couldn’t find his character in the script.

He “manifested” a backstory for Iceman. Kilmer decided his character was raised by a father who ignored him, and so Tom “Iceman” Kazansky was driven by the need to be perfect in every way. It’s this obsession with perfection that has made Iceman so arrogant.

Val Kilmer and Tom Cruise face each other in “Top Gun”. (First)

4. The “feud” on set with Cruise is overrated.

Kilmer played up Iceman’s rivalry with Maverick behind the camera, and the actors split into two camps, with Maverick and Goose on one side and Iceman, Slider, Hollywood and Wolfman on the other. This “conflict on the set” story has been followed by Kilmer for decades, but the actor insists he has always considered Cruise a friend and that they have always been supportive of each other.

5. Charlie and Wolfman fell in love on the set.

The characters of Charlotte Blackwood and Leonard “Wolfman” Wolfe may not have much interaction on “Top Gun,” but actors Kelly McGillis and Barry Tubb found a romance during filming and, according to Kilmer, stayed together for a while after production was complete. McGillis later starred in “The Accused,” and Tubb is best known for his performance in two TV miniseries, “Lonesome Dove”.

6. Cher was Kilmer’s date at the Top Gun premiere.

Fame changed his life. You know you became famous in the 1980s when Cher added you to her collection of much younger friends. A kid who imagined himself to be a serious stage actor turned into a heartthrob whose personal life became gossip fodder for Entertainment Tonight.

Every pilot he has met at every airport in the past 36 years has called him “Iceman”. It’s nice to see an entertainer understand how lucky he was to play that kind of iconic role, and there is a humility in “Val” that belies the tabloid’s reputation as a “difficult” actor.

At its core, “Val” is a film about how a man has learned to adapt to the adversities of life. It’s not a story about “conquering” anything, but more about finding meaning and beauty in spite of everything life throws at you. This isn’t exactly a Hollywood ending, but it makes for a story that is sure to stay with you after the credits.

Stay up to date with the best in military entertainment

Whether you’re looking for news and entertainment, thinking about joining the military, or keeping up to date on the life and benefits of the military, Military.com has it all. Subscribe to the Military.com newsletter to receive military news, updates and resources straight to your inbox.

© Copyright 2021 Military.com. All rights reserved. This material may not be published, broadcast, rewritten, or redistributed.