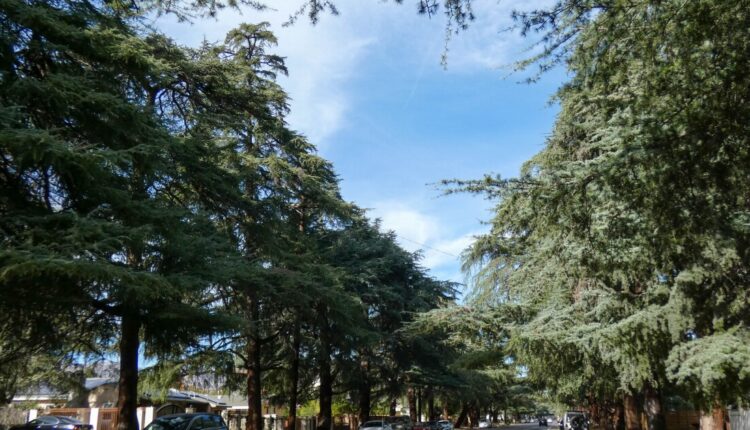 One could imagine swaying palms as the most important tree landscape in Southern California. But if you dream of a “White Christmas” (like Irving Berlin when he wrote the song), you can pretend you’re at the North Pole for a while – simply by visiting the monumental pine trees that were planted here!

That’s right – you don’t have to go deep into the forest to take a conifer excursion. Because here in the lowlands, on our beaches and in our residential areas, there are great groves with evergreen trees.

So why not skip the Christmas tree lot and go straight to the living Christmas trees, taller than your wildest dreams and lived longer than most can remember?

After all, these trees carry a legacy that extends well beyond the Christmas season – and they are the gift that passes on year after year. 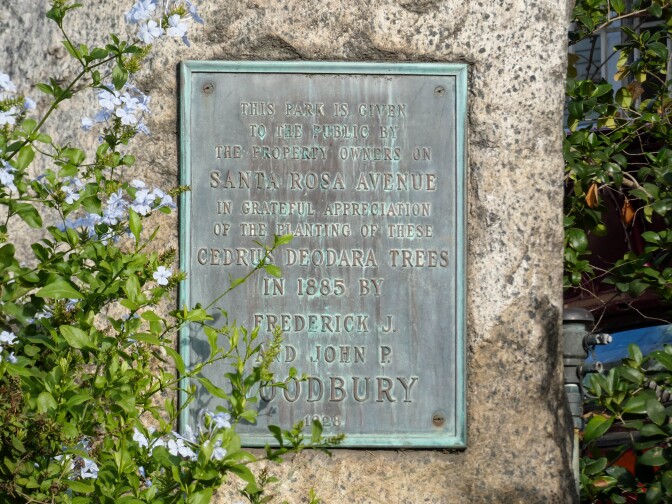 2/3 The Deodar cedars along Santa Rosa Avenue in Altadena were planted by the Woodburys, the pioneering founders of Altadena, and have been lit every year since 1920. | Sandi Hemmerlein 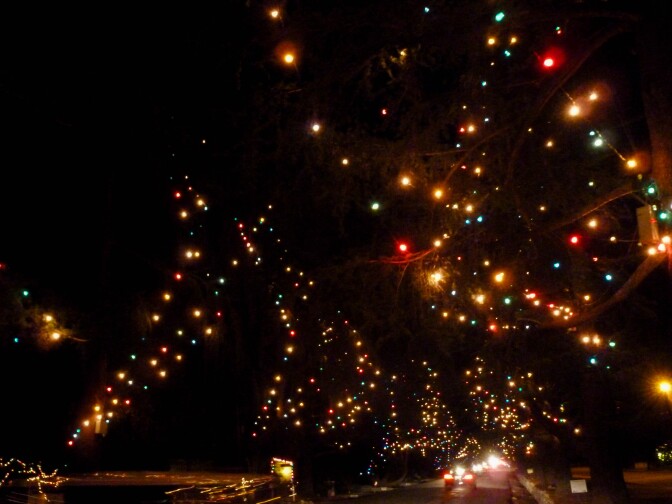 3/3 The 1.6 km stretch of Deodar cedar trees on Avenida Santa Rosa is illuminated every evening at 6 p.m. from December to early January | Sandi Hemmerlein

Planted in 1885 by the Woodburys, the pioneering founders of Altadena, Christmas Tree Lane is the longest-running spectacle of its kind in Southern California – it celebrated its 100th anniversary in 2020 (and has been lit every year since 1920 except for the 1943 rainy season ). -1944).

This 1 mile (1.6 km) stretch of deodar cedar trees on Santa Rosa Avenue illuminates (thanks to a chain of more than 10,000 lights) in December and early January with the light switch turned “ON” at 6pm at night

However, you can enjoy this botanical landmark all year round. If at any other time of the year you’re missing the Christmas tree scent, nothing will stop you from driving down (or walking) Santa Rosa for a little pine cure. Note, however, that although the road is paved, there are still no sidewalks besides the fieldstone drainage channels. In the Granada Hills community to the north of the San Fernando Valley, there is another stretch of deodar cedar along White Oak Avenue, between San Jose Street to the south and San Fernando Mission Boulevard to the north. It’s only 0.75 miles long, and it’s not artificially lit – but it’s just as beautiful as the more famous version of “Christmas Tree Lane”.

Over 100 Deodar cedars were planted in 1933 by John Orcutt, then head of the sprawling Sunshine Ranch, which began to be divided into “Granada” and then “Granada Hills” in the 1920s. According to Jim Hier’s book Granada Hills (Arcadia Publishing), Orcutt received them as seedlings from the Teague Nursery in Woodland Hills to mark the entrance to the ranch. It is on this section of White Oak that the first Granada Hills home was built (on the corner of Kingsbury Street). 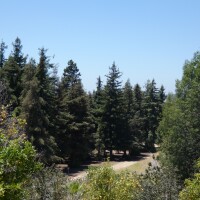 Nowadays, White Oak Avenue and its trees – 114 of them were named Los Angeles Historic-Cultural Monument No. 41 – perhaps more famous for the “flying bike” scene in the 1982 film “ET”. There is even a mural on the Andrews & Van Lohn Insurance building on the corner of White Oak and Los Alimos Streets, commemorating the shooting, which took place on the street in 1981. A row of cedar trees line both sides of Los Feliz Boulevard between RIverside Drive and Western Avenue in Los Feliz. | Sandi Hemmerlein

Los Angeles Historic-Cultural Monument No. 67 is the strip of cedar that lines both sides of Los Feliz Boulevard between Riverside Drive and Western Avenue in the Los Feliz parish in Los Angeles, named in 1970.

There are two types of cedar here – deodar and atlas cedar, the oldest of which date back to 1922 when the Los Feliz Improvement Association and Los Feliz Women’s Club began planting them to add to the Los Feliz street landscapes beautify. The last cedars of this partnership were planted in 1934.

These towering trees behind the windshield can be difficult to admire during rush hour or at night – so take time during the day to pause and take a look. They well mark each of the southern entrances to Griffith Park, from Fern Dell to Crystal Springs and everything in between. The Hotel del Coronado in San Diego has an unusual claim to fame for being home to the world’s first living outdoor Christmas tree with electric lighting, first unveiled on Christmas Eve 1904.Not candles – were already commonplace. But an electric string of lights wrapped around a giant Norfolk Island pine tree was considered a technological marvel!

From a botanical point of view, it is not a real pine – but this conifer is often planted as a “living Christmas tree” because of its distinctive triangular shape. 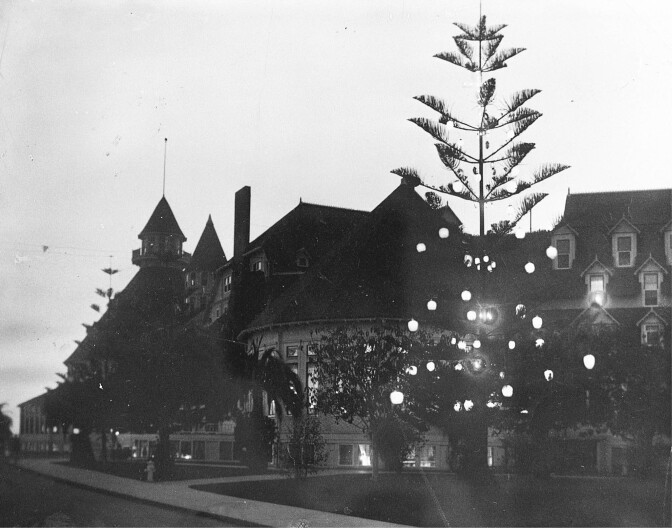 The tree still stands today – and you can see it whether you’re staying at the Hotel Del or just visiting. (It’s a highlight on the hotel’s historic walking tour.) During the holiday season, Norfolk Island’s pine trees are lit every night as part of the “At First Light” Lightshow Spectacular, which runs for 11 minutes every half hour and the hour between 17 and 21 From the end of November and until January 2nd.

The former naval training station at Point Loma, which is a landmark in the country, has been converted into the vibrant, multi-purpose Liberty Station, where you’ll find restaurants, nightlife, theater, and more mixed with its deep military history. On the North Promenade (formerly known as John Paul Jones Court), just past Stone Brewing and Liberty Public Market, is a Norfolk Island pine tree that grows 28 feet tall.

It stands in the exact same spot as a silver fir that was planted in 1928 after it was removed from the Cuyamaca Mountains. The tree itself was a gift to thank the officers and men of the center’s command who helped put out a devastating wildfire in the Cuyamacas. Unfortunately, this first tree present died a few months after it was replanted – so it was replaced by today’s Norfolk Island pine and for many years it was decorated for Christmas during the military occupation of the station. 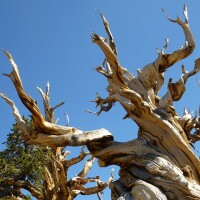 Today, that Christmas tree is the subject of a large tree light on the day after Thanksgiving to open the Liberty Station holiday celebrations, which include a kids’ ice rink and seasonal performances through early January. 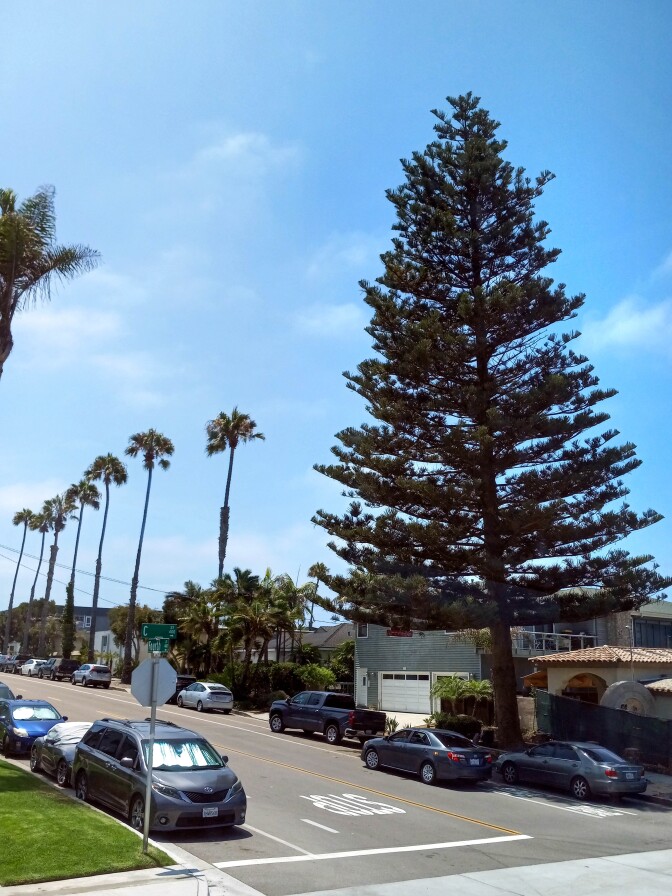 On the corner of 4th Street and C Street in the town of Encinitas is a historic Christmas tree – a 27-meter tall Norfolk Island pine.

The town of Encinitas, North San Diego County, has its own historic Christmas tree located on the corner of 4th Street and C Street, one block from Moonlight Beach. The “Flip the Switch” takes place annually in early December and is sponsored by the Encinitas Historical Society, located in the nearby 1883 Schoolhouse on F Street.

The year 2019 marks the 25th anniversary of the illumination of the 87 foot tall Norfolk Island pine, planted in their mother’s front yard as a Mother’s Day present in 1952 by brothers Peter and John Danforth. (The Danforth family were part of the early Encinitas settlement.) It was first set on fire in 1994 as a result of a “light-the-tree” campaign by local resident Luis Ortiz.

The tree received its heritage status in 2011 (only the second in Encinitas to be referred to as such) – and today Ortiz is still helping maintain the LED-lit attraction that has been given its own address (406 4th Street). As one of the largest trees in the area, it can reportedly be seen for miles. Planted around 1880, no one knows exactly where the two pines on Norfolk Island near the San Buenaventura Mission came from. According to the mission, there are two prevailing theories: one that a sea captain put it on as some sort of insurance policy in case he ever had to cut one for a new mast, and second that a local family donated it.

Separately, the 130-foot-tall twin trees were named “Millennium Trees” in 2000 by the White House Millennium Council, which was established in 1999 to both “honor the past” and envision the future.

The Mission has lit the trees for Christmas for over 80 years, and the trend is rising. You’ll find them facing Main Street between the chapel and the gift shop, right next to the staircase entrance to the mission site.