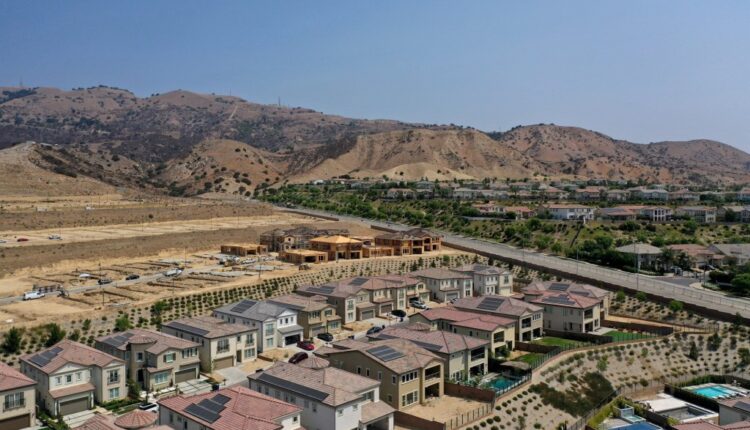 Related: Major developments in the gas leak in Aliso Canyon

The proposals, officials said, are part of the agency’s long-term plan to eventually close the facility in the most effective way possible. Nevertheless, almost 50 neighbors of the facility and activists called the agency and asked the legislature not to increase gas storage at the site. Local residents and environmentalists quickly condemned the vote.

The 2015 explosion released around 100,000 tons of methane and other chemicals into the air, making many residents sick and forcing them to move temporarily. Hundreds of lawsuits have been filed, culminating in a $ 1.8 billion agreement last month when Southern California Gas Co. and its parent company Sempra Energy agreed to resolve claims filed by nearly 36,000 customers. Nearly 97% of 36,000 plaintiffs must sign the agreement for the settlement to move forward.

She added that the actions the board is taking did not mean “diminishing our ability to take steps and any steps we must take to still the Aliso Canyon field.”

The plant has been in operation at around 50% of its capacity since 2018. Officials called Thursday’s decision an effort to ensure regional energy supplies are sufficient for consumers over the coming winter season.

The commissioners considered two proposals for increasing the field:

–The approved plan will allow the utility to increase its storage capacity to 41 billion cubic feet, which is approximately 60% of its capacity.

–The rejected proposal would have allowed the gas company to increase its storage capacity to 68.6 billion cubic feet, which would be closer to 100% capacity.

CPUC Commissioner Guzman Aceves said in a statement prior to the meeting that increasing capacity to 41 billion cubic feet would be “safe and reliable”.

She added that the agency planned to reduce or eliminate use of Aliso Canyon by 2027 or 2035, or any time in between, but increasing the area’s storage capacity will help the region survive the winter.

News of the proposals comes as the agency, officials, San Fernando Valley residents, and environmental activists vie for the future of the facility, the largest gas storage facility of its kind in California.

A SoCalGas representative said in a statement that “with projections of above-average natural gas prices nationwide and repair work on an interstate pipeline restricting natural gas supplies to our region, SoCalGas storage facilities, including Aliso Canyon, will play an important and essential role.” Deliver reliable energy this winter and keep Southern California energy prices stable. “

She added, “Over the past two years, Aliso Canyon has supported the region’s power and gas systems for more than 150 days. The use of this system has helped to keep energy prices stable and to avoid failures in times of high energy demand. “

During Thursday’s meeting, local residents who live near Aliso Canyon said they still smell gas and are haunted by memories of the catastrophic leak in 2015 that forced them to flee their homes. A Porter Ranch resident said she was afraid of opening her windows, which made her feel like she was in prison. Another caller said the thought of a possible expansion of Aliso Canyon left him emotionally troubled.

Helen Attai, a Granada Hills resident, described the Aliso Canyon site as dangerous and called on commissioners to vote against expanding the field.

“There will be more withdrawals and more injections,” she said. “Every time there is an injection, it affects us.”

California director of Food & Water Watch, Alexandra Nagy, said that “Any increase in storage capacity at SoCalGas’ Aliso Canyon facility is not only dangerous; it is unnecessary. SoCalGas and its shareholders are the only ones who benefit from this catastrophic natural gas glut in the backyard of their tariff payers. “

Before the vote, US Senators Alex Padilla and Dianne Feinstein issued a joint statement calling on the state agency to draft a plan to permanently decommission the facility while ensuring uninterrupted supply operations.

“It’s becoming increasingly clear that we need to close this facility to protect the safety of Californians. It is critical that the California Public Utility Commission outline concrete steps to shut down this facility while maintaining the reliability of our electrical grid as we continue the transition to clean electricity, heating and cooling, ”the statement said.

Congressman Brad Sherman also sent a letter to the CPUC saying the decision to increase the working gas storage capacity at Aliso Canyon was “a bad sign of progress in the closure of Aliso Canyon that the commission is proposing this week to propose Extension of your use. Instead of increasing the pressure at the same facility that saw the country’s largest methane eruption six years ago, I urge you to act quickly and take additional measures to permanently close Aliso Canyon. “

The explosion began in October 2015, sending tons of methane and other chemicals into the atmosphere, closing schools and forcing residents from surrounding communities to evacuate their homes.

After the leak, former Governor Jerry Brown directed the CPUC to come up with a plan to close the facility by 2027. Governor Gavin Newsom supported the decision in 2019.

In September SoCalGas agreed to pay a $ 1.8 billion settlement to the 36,000 plaintiffs involved in a lawsuit against the utility.

Speaking at a press conference marking the sixth anniversary of the gas leak, Senator Henry Stern, who represents the communities affected by the blast, said the settlement was good news for the victims affected by the leak, but the risks remained while Aliso Canyon remained open minded.

“To assume that this solves the problem is a big mistake,” he said. “It’s not just for the people of the North Valley, but for the entire state of California and the future of climate policy. This CPUC decision will just be another test of our will to actually close Aliso Canyon. I do not want the commissioners of the municipal utilities to give even more weight to the lie that we are dependent on fossil fuels and without them we will be lost. “