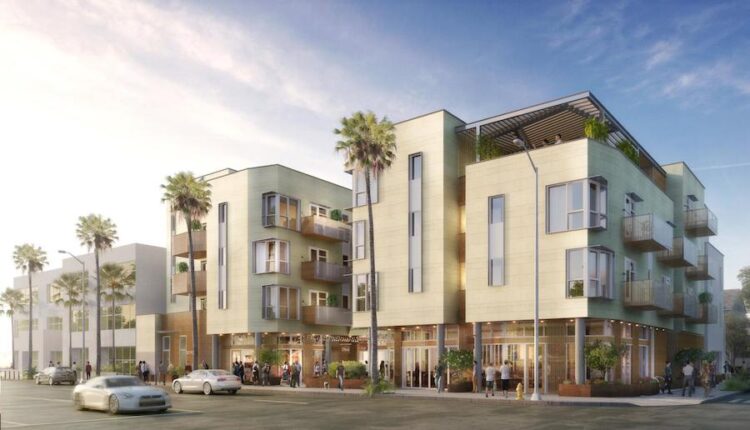 Construction has begun on a 53-unit, mixed-used development on Wilshire Boulevard in Santa Monica where party store Aahs! used to be located.

Cypress Equity Investments has begun construction on a new development in Santa Monica as reported by Urbanize Los Angeles. The project is yet another mixed use development that is being built at the northwest corner of Centinela Avenue and Wilshire Boulevard where a Aahs! store used to stand.

The new development is a four story apartment building that will hold 53 units divided between studio, one, two and three bedroom residences and come with 5,800 square feet of retail store space and 109 vehicle spaces in an underground parking area.

Approval for the project is based on an agreement between the City of Santa Monica and the developer to set aside 4 of the apartments as affordable housing units.

Pyatok, a design firm from Oakland, is designing the project in the extremely popular contemporary low rise style and will come with a rooftop deck as an amenity for residents that will give a view of the local area over the intersection of Centinela and Wilshire.

As stated by Pyatok’s website, this is the firm’s aesthetic for the building, “The natural environment is the source of the project’s design inspiration. Like the mountains (stillness), the building’s mass is formally passive. The travertine tile rain screen wrapping the residential units evokes a character that is earthlike: a piece of land extruded upwards, akin to the dramatic geography nearby. Aretes, ridge-like features carved by erosion which create dynamic shadows along rock faces, are much like a building’s corners, windows and terraces. On this facade, painted metal sunshades and spandrel panels, punctuated by building openings, create similar deep shadows,” as quoted by Urbanize Los Angeles.