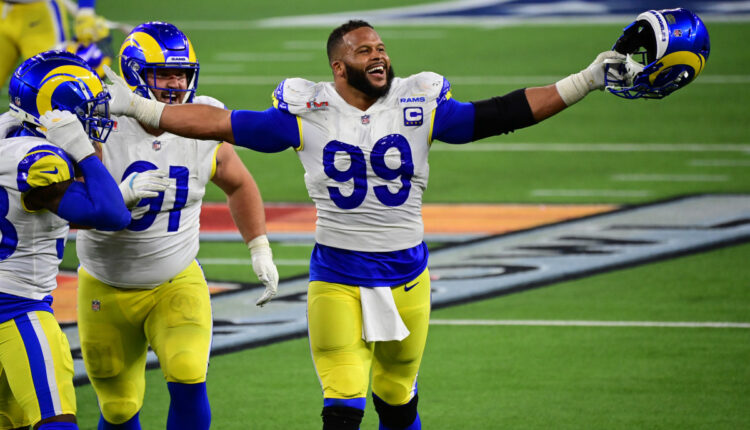 The Los Angeles Rams hoisted the Lombardi Trophy Sunday at SoFi Stadium as they became Super Bowl champions for the first time in 22 years.

The team held a championship parade Wednesday throughout the streets of Los Angeles before holding a rally outside the LA Coliseum.

While the last handful of days have been full of excitement from players, coaches, the fan base and anyone connected to the franchise after reaching the pinnacle spot atop the NFL, they do have some catching up to do as it relates to their offseason preparation. The only curse of winning a Super Bowl is that you’re a month behind other teams in assembling the adequate provisions it takes to enter the offseason ready for free agency and the NFL Draft.

Certainly, Rams officials would take the tradeoff, but they do have their work cutout in order to make a run at repeating as back-to-back champions.

Here the five obstacles the Rams need to conquer as they attempt a Super Bowl repeat:

Rams coach Sean McVay and defensive tackle Aaron Donald seemed as if they’re coming back to the Rams for next season after previously not disputing reports that the two of them would consider walking away from the game. But was that notion more of being in the heat of the moment during the team’s championship parade or are they content in returning? Perhaps a new contract for McVay and Donald would help lure them back for additional years with the club but it won’t come without a hefty price tag.

Additionally, during Wednesday’s rally, left tackle Andrew Whitworth was at the podium and gave the impression he wasn’t ready to commit whether or not he’ll be back for the 2022 campaign.

“You know, we’ll save that conversation for another day,” Whitworth said, not wanting to make a public statement on if he’ll enter retirement or run it back for one more season.

Re-signing key pieces who are set to hit free agency 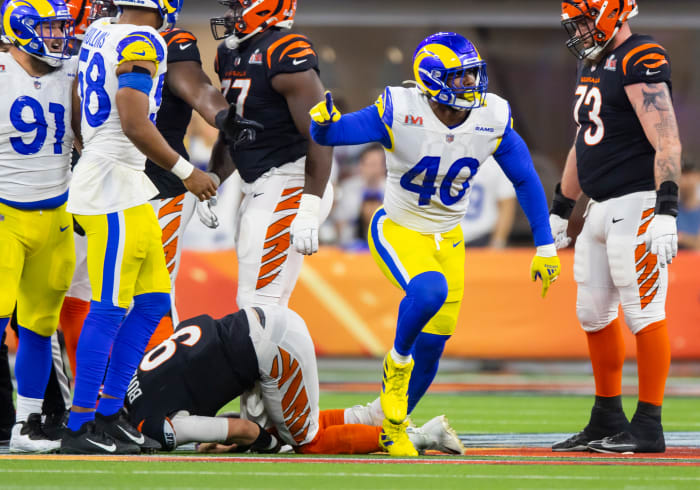 If the Rams don’t trade for pass-rusher Von Miller and sign wide receiver Odell Beckham Jr. around the trade deadline, their season likely looks a lot different in the second half.

Miller and Beckham are both set to hit the free agent market. Both have publicly said they want to remain with the Rams. But logistically, getting that done presents a more strenuous task than just saying it in the public’s eye.

Beckham said just days ahead of Super Bowl LVI that he’d be wiling to take a below the market contract.

“Yeah, of course,” Beckham said with a smile when asked if he’d be willing to take a smaller salary to remain with the Rams.

Meanwhile, Miller led on to believe that he hopes to stay in LA when asked if he’s willing to run it back into next season at Wednesday’s victory celebration.

“Man, we ain’t going nowhere,” Miller said at the podium of the Rams’ rally. 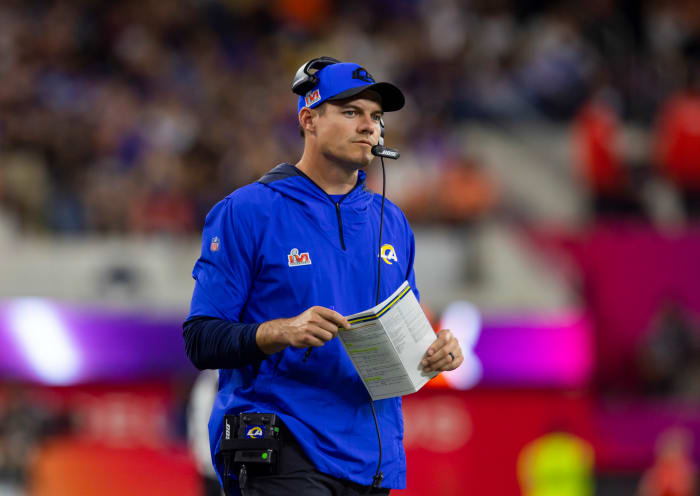 Not to mention that Minnesota is still searching for an offensive coordinator and with O’Connell having spent the last two seasons in LA, he could turn to the Rams’ staff to find his guy. Rams tight ends coach Wes Phillips and running backs coach Thomas Borwn are both reportedly in play to fill the role.

That means, just like prior offseasons, McVay wil be tasked with reassembling a staff after several assistants receive promotional opportunities and depart to new clubs. 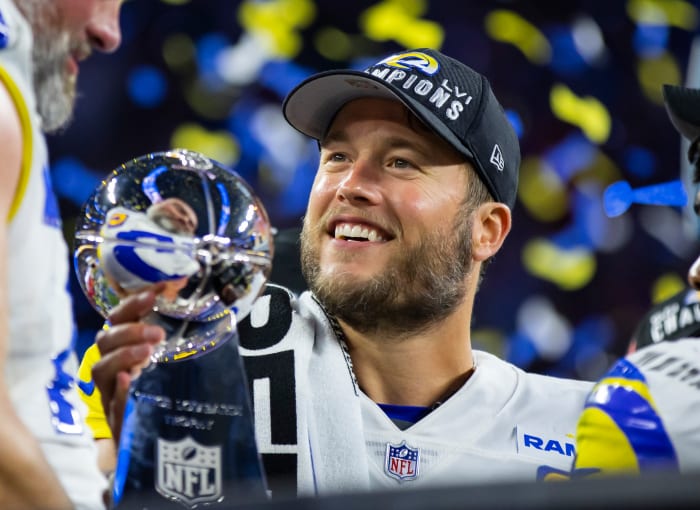 Stafford has one more season left on his five-year, $135 million contract. Players of his caliber – let alone one who just won a Super Bowl – typically don’t play on the final year of their contract. They generally net an extension during the offseason prior to their final year.

After parting ways with draft picks of the future to bring Stafford in-house ahead of the 2021 season, he unequivocally proved that he was the key ingredient for the Rams to get over the hump and win a championship. Now, retaining him becomes the new adventure for the Rams front office.

Spotrac.com has Stafford tabbed with a market value of four-years, $165 million ($41.4 million AAV). A deal in this ballpark is likely what it will take to lock Stafford up for the long term.

Making the most of their mid-to-late-round draft picks 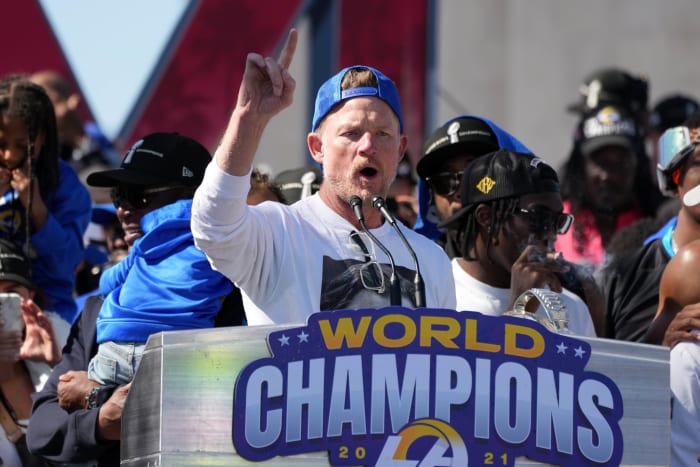 The Rams don’t have a draft selection until the third round of the 2022 NFL Draft. But in totality, they possess one third rounder, one fourth rounder, one fifth rounder, three sixth rounders and two seventh rounders. With eight total draft picks, the Rams still have the opportunity to take several cracks at it across the three-day draft event.

The team has historically shown the ability to hit on mid and late-round picks. The Rams found running back Cam Akers on Day 2 of the draft and safety Jordan Fuller on Day 3.

LA’s team-building concept stems from the philosophy of meshing proven veterans with youngsters in which general manager Les Snead has shown the crack to find outside of the first round. Without draft capital in the first two rounds, it makes the Rams’ selections all that more important to find hidden gems on the final two days of the draft.