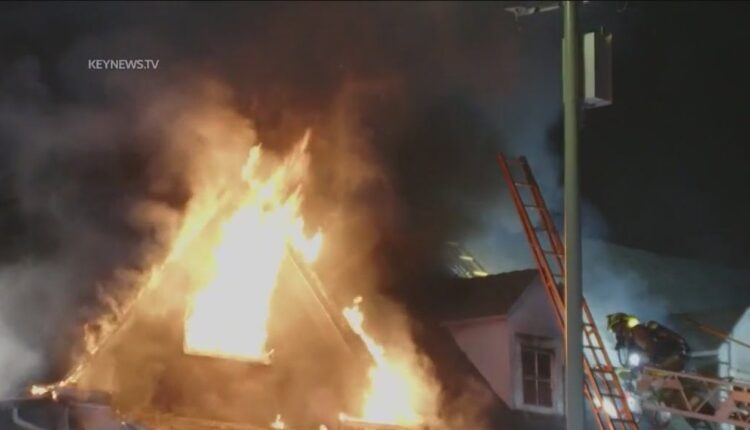 3 injured, one critically, in Hollywood fire

Officials said the fire started on the second floor of the home.

LOS ANGELES – A 20-year-old man is in critical condition and two women were hospitalized Wednesday after suffering injuries from a fire in Hollywood.

Firefighters were called at around 1 am to 1770 N. Van Ness Ave. where an upstairs unit of a garden-style apartment complex had smoke and flames that had spread to the attic. They were able to extinguish the fire in both locations, said Los Angeles Fire Department spokesman Nicholas Prange.

It took 58 firefighters 35 minutes to extinguish the blaze.

The women, ages 35 and 70, were taken to hospitals in moderate condition, Prange said.

The American Red Cross was contacted to assist residents from the complex who are temporarily without shelter due to the fire.

No firefighter injuries were reported.