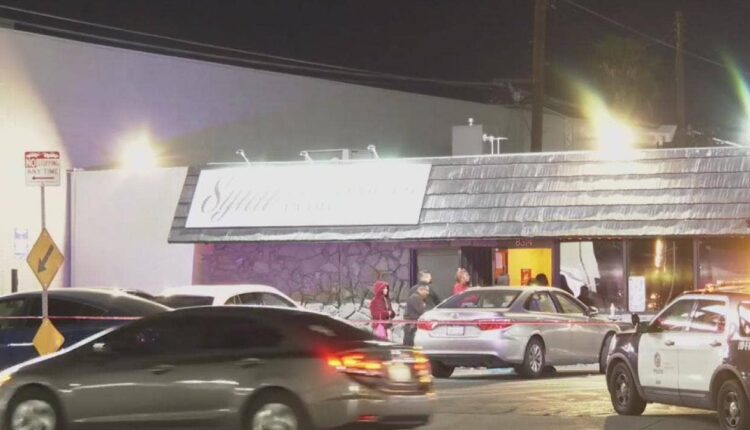 A man was killed after a dispute broke out at a strip club in the San Fernando Valley overnight, police say.

LOS ANGELES – A man is dead after an alleged dispute over a parking spot turned violent outside a strip club in the San Fernando Valley overnight, police say.

The shooting was reported outside the Synn Gentlemen’s Club, located near the intersection of Roscoe and Sepulveda boulevards in North Hills just before 2:00 am

Preliminary reports indicate Isiguzo went to the club to pick up his girlfriend who works there. Isiguzo then allegedly got into a dispute with the suspect in the club’s parking lot when the suspect opened fire, striking Isiguzo multiple times before leaving the scene.

Isiguzo was rushed to a hospital where he died from his injuries.

Investigators were working to determine whether the dispute between Isiguzo and the suspect was over where the victim parked.

A description of the suspect was not available and investigators were trying to get a license plate number from the club’s cameras.

Anyone with any information is asked to contact the LAPD.