1959 The Santa Susana meltdown continues to hurt the San Fernando Valley community. Why wasn’t it cleaned? 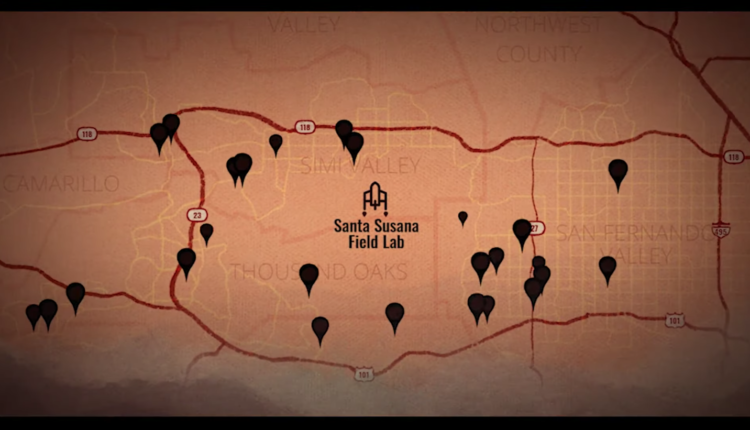 The Santa Susana Field Lab suffered a partial nuclear meltdown in July 1959 that was covered up and released radiation in Chatsworth, Simi Valley and Canoga Park. How can the site be cleaned and who will pay for it? This saga is the focus of “In the Dark of the Valley”.
Photo by MSNBC / YouTube.

The Santa Susana Field Lab – overlooking Chatsworth, Simi Valley and Canoga Park – was a nuclear test site for the American space research programs from 1948 to 2006. In July 1959, it suffered a partial nuclear meltdown – which was masked – which released clouds of radiation. In the past few decades the dispute has dragged on about how the contaminated sites should be cleaned up and who is being paid for it. This saga is at the center of a new documentary entitled “In the Dark of the Valley”.

KCRW speaks to director Nicholas Mihm and two people in the film – Melissa Bumstead, who lives near the location, and KNBC-4’s investigative reporter, Joel Grover, who has followed the story for six years.

Journalist Warren Olney also shares how he helped solve the story of the Santa Susana meltdown decades ago.