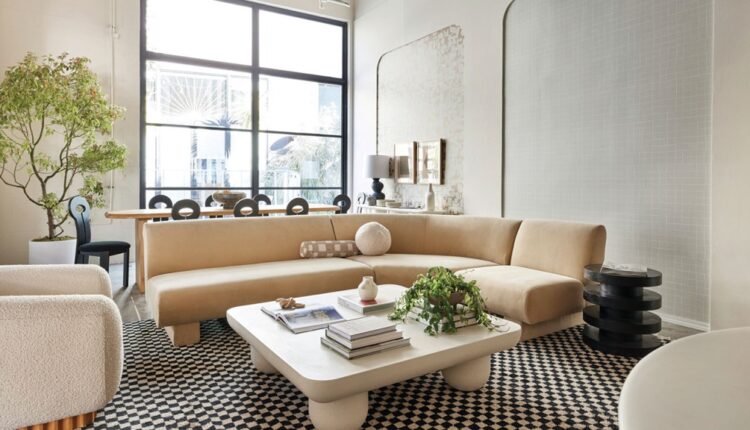 The designer — whose fans include Mandy Moore, Vanessa Carlton and Nacho Figueras — shares her voluptuously shaped furniture collection for retailer Lulu & Georgia in a pop-up at Platform in Culver City. Intriguing details are inspired by her travel memories, from European boutique hotels to Roman ruins and Parisian cafe floors. 8850 Washington Blvd.; luluandgeorgia.com, through March 30

Located on a stretch of Melrose east of LaBrea that’s quietly become a design destination, and housed in a building designed by Frank Gehry as a residence and studio for graphic artist Lou Danziger, Seventh House Gallery’s collection of early 20th century deco, postmodern and contemporary art furniture melds with the beauty of the quiet, serene space. 7001 Melrose Ave., seventhhouse.la

The New York galley has opened an outpost just behind the Chateau Marmont. It has debuted with a group show, ‘The Endless Summer,’ that includes work by nearly 30 artists and designers including Daniel Arsham, Michael Anastassiades and Angela Anh Nguyen. “They are one of the premier collectible contemporary design galleries anywhere in the world, and it really ups the LA game to have them here,” says interior designer Oliver M. Furth, who shops there for his clients (who include actor-director Clark Duke and entrepreneur Moj Mahdara). 8260 Marmont Lane, albertzbenda.com

For their first pop-up in Los Angeles, through March 19, luxury design platform The Invisible Collection, whose Charles Zana sofa is featured in Gwyneth Paltrow’s Montecito home, has partnered with Sotheby’s, pairing a selection of furniture from their list of emerging designers with Sotheby’s exhibition of sculptors François-Xavier and Claude Lalanne’s iconic sheep. 350 N. Camden Dr., Beverly Hills, sothebys.com

A version of this story first appeared in the March 9 issue of The Hollywood Reporter magazine. Click here to subscribe.